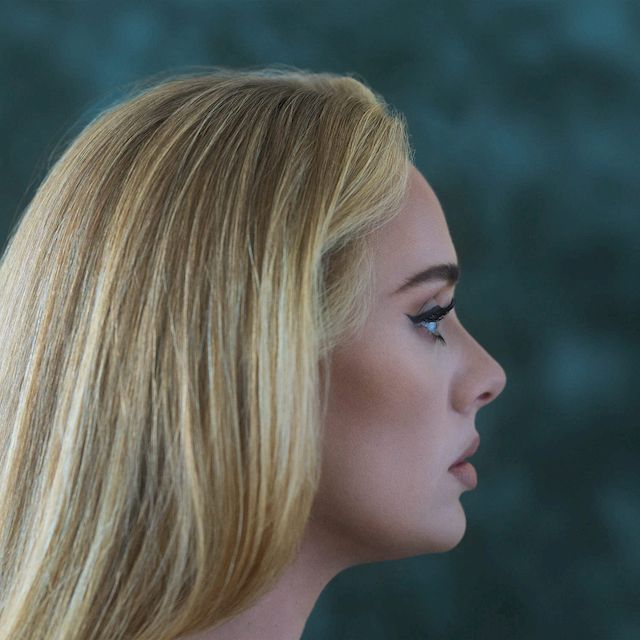 30 is the fourth studio album by English singer-songwriter Adele, released on 19 November 2021 by Melted Stone and Columbia Records. Inspired by her divorce from ex-husband Simon Konecki, Adele tackles the separation on the album, whilst discussing her motherhood and the scrutiny of fame. She wrote the album between 2018 and 2021 with various producers, including Greg Kurstin, Tobias Jesso Jr., Max Martin and Shellback, all of whom she worked with on her previous record, 25 (2015); new collaborators on 30 include Ludwig Göransson, and Inflo of the English band Sault.

The lead single, "Easy on Me", was released on 15 October 2021 to international success. 30 has been advertised using an extensive promotional campaign, which includes a CBS concert special titled Adele One Night Only featuring an interview segment by American talk show host Oprah Winfrey, on 14 November 2021, followed by an ITV concert special titled An Audience with Adele on 21 November 2021, and two British Summer Time Hyde Park concerts scheduled for 1–2 July 2022 as well. 30 received acclaim from music critics, who commended its cinematic instrumentation and strong vocal performances. It was described as a pop, jazz and soul album focusing on romantic but melancholic themes of heartache, acceptance, and hope.

In 2018, mainstream media outlets reported that Adele was working on her fourth studio album.[4] On 5 May 2019, her 31st birthday, Adele posted several black-and-white pictures of herself on her Instagram account celebrating the occasion, along with a message reflecting on the preceding year. The message ended with, "30 will be a drum n bass record to spite you". Media outlets took the post as an indication for the arrival of a new album from Adele.[5][6]

On 15 February 2020, Adele announced at a friend's wedding that her fourth studio album would be out by September 2020.[7] However, she would later confirm that the album's production and release had been delayed due to the COVID-19 pandemic.[8] In January 2021, Adele divorced Simon Konecki, her then-husband and father to her son.[9] In an interview with Vogue published in October 2021, Adele stated that 30 was inspired by her separation from Konecki, the scrutiny of fame and her motherhood.[10]

Starting on 1 October 2021, billboards and light displays carrying the number "30" started appearing around the world, such as at popular spots like Buckingham Palace, the Eiffel Tower, the Empire State Building, the Colosseum and the Louvre, fueling widespread speculation that Adele would be returning with her fourth album, 30.[12] On 4 October 2021, Adele changed all her social media profile images to a navy blue photo and also updated her website to match with a brand new logo.[13] The following day, Adele announced that the lead single, "Easy on Me", would be released on 15 October 2021.[14] The song topped the charts in 23 countries, including the UK Singles and the US Billboard Hot 100 charts.[15][16]

In October 2021, Adele became the first person to simultaneously appear the same month on covers of American[10] and British[17] editions of Vogue, both of which featured separate photoshoots for the magazines, and interviews on the new album.[18] On 13 October 2021, Adele revealed the album via social media, confirming both the title 30 and the release date of 19 November 2021.[19] The next day, the album was made available for pre-order in CD, digital, LP (two black vinyl discs), and cassette formats on Adele's website.[1] 30 is Adele's first release not under her previous label XL Recordings; instead, it was released by her label Melted Stone, with worldwide distribution on Columbia Records (previously only handling distribution of Adele's catalogue in North America).[20] Vogue's "73 Questions" video interview segment featuring Adele was released online on 21 October 2021.[21] The track-listing of 30 was revealed on 1 November 2021. The Target-exclusive deluxe edition adds two bonus tracks and a duet version of "Easy on Me" with American singer-songwriter Chris Stapleton.[22][23]

On 4 November, two weeks prior to the album release, Consequence reported that "a major delay in vinyl production" was caused due in part to 30. In a 3 November report, Variety had stated that Adele had to turn the album in six months beforehand in order to have its vinyl LPs ready for 19 November, the day it releases. More than half a million vinyl copies of 30 were manufactured in the months leading up to the release day, with Sony Music removing catalog albums from its overseas pressing plants to ensure "there won't be any shortage of Adele LPs going into the holidays", which coupled with the pre-existing delay in production due to the COVID-19 pandemic, became detrimental to albums by other artists. Ed Sheeran stated "there's like three vinyl factories in the world, so you have to do it like really upfront—and Adele had basically booked out all the vinyl factories, so we had to get a slot and get our album in there. It was like me, Coldplay, Adele, Taylor, ABBA, Elton, all of us were trying to get our vinyls printed at the same time."[24][25]

As part of the promotion in the US, on 18 October 2021, CBS announced Adele One Night Only, a two-hour concert and television show by Adele, featuring an interview segment with American talk show host Oprah Winfrey; the special was shot at Griffith Observatory in Los Angeles, and aired on 14 November 2021.[26] For the UK, another concert special called An Audience with Adele will air on 21 November via the free-to-air channel ITV, and will released to its on-demand platform ITV Hub; the one-off concert was captured at the London Palladium in London, and will an audience consisting of both fans and Adele's "own personal heroes and heroines, fellow musicians, artists, actors, sportsmen, sportswomen and more."[27] Adele is also slated to play two concerts at British Summer Time Hyde Park, London, on 1–2 July 2022. Tickets were made available on 26 October 2021 on Adele's website and via American Express.[28] Its "extortionate" ticket prices was met with criticism from many fans online, with the lowest possible price costing £90 and the highest being £579.95.[29][30]

On Metacritic, which assigns a normalised score out of 100 to ratings from publications, the album received a weighted mean score of 89 based on 12 reviews, indicating "universal acclaim".[32]

Rolling Stone music journalist Rob Sheffield called 30 Adele's "toughest, most powerful album yet" with the best vocal performances of her career, and praised its "deft" production by her collaborators.[41] Neil McCormick, in his review for The Daily Telegraph, hailed 30 as her strongest record yet, containing "powerhouse" songs with "intense" emotions and "bravura" performances.[34] Emma Swann of DIY described the album as "raw and uncompromising", matching cinematic music with lyrics on "the pain, the self-flagellation, the hope, the acceptance."[35]

Evening Standard's David Smyth called 30 "a devastating comeback" filled with both uptempo songs and heavy ballads.[36] Mikael Wood of Los Angeles Times opined the album examines "love's causes and consequences" using Adele's personal experiences, and highlighted her "soaring yet pulpy, gorgeous" vocals.[43] The Independent critic Annabel Nugent found the subject matter candid, unfiltered and "unmediated", as well as containing some optimistic love songs, unlike her previous records whose sad themes "can be wearisome in excess."[38] Kate Solomon, writing for i, stated 30 is a "reverent and messy, polished and painful" album from a "woman in turmoil, from raging wine-fuelled nights to quiet teary moments".[44]

David Cobbald, reviewing for The Line of Best Fit, complimented the theatrical essence of 30 and the use electronic instruments and synthesizers in its production, but dismissed songs such as "Oh My God" and "Can I Get It" as "questionable".[39] Reviews from NME's El Hunt and The Guardian's Alexis Petridis were mixed. Hunt dubbed 30 as Adele's most creative album to-date, but with lyrics still in "safer territory", and appreciated the new sounds Adele attempted on the album, but felt the compositions of tracks "Hold On", "I Drink Wine" and "Can I Get It" are jarring.[40] Petridis said the album is monotonous musically and lyrically to her previous albums, and "given their sales figures, you couldn't blame Adele for declining to even tinker with a formula that clearly ain't broke. But she does, and it makes for 30's highlights."[37]

On 29 October 2021, three weeks before the release, the album broke the Apple Music record for the most pre-added album ever on the streaming platform, surpassing Billie Eilish's Happier Than Ever (2021); 30 also broke the record for the largest number of pre-adds in a single day, as well as the record for achieving it in the shortest timeframe.[45] 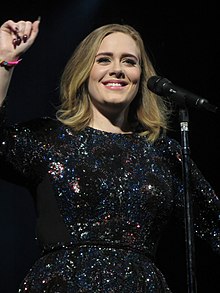 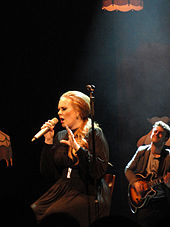 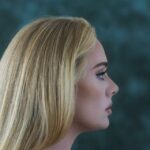