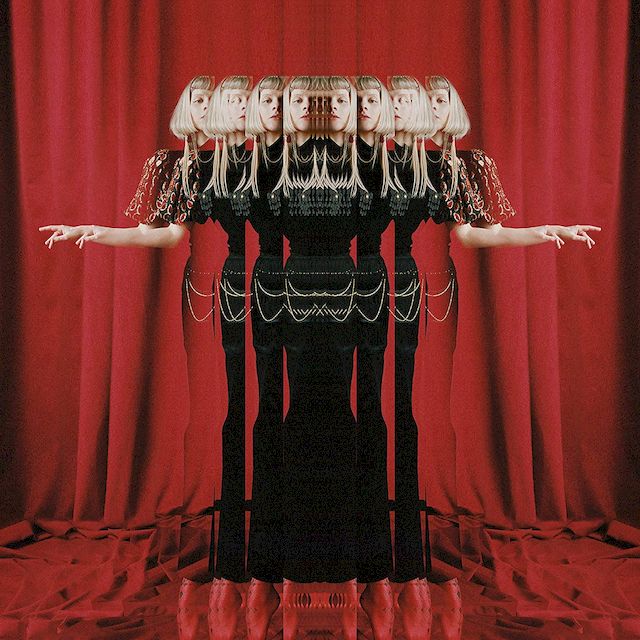 Aurora ¦ The Gods We Can Touch

Veröffentlichung The Gods We Can Touch:

Hörbeispiel(e) The Gods We Can Touch:

The Gods We Can Touch auf Wikipedia (oder andere Quellen):

The Gods We Can Touch is the third studio album by Norwegian pop singer and songwriter Aurora, released on 21 January 2022 through Decca Records and Glassnote Records.

The album was preceded by six singles, „Exist for Love“, „Cure for Me“, „Giving In to the Love“, „Heathens“, „A Dangerous Thing“, and „Everything Matters“, featuring French singer Pomme.

Aurora began production on a new album in November 2019.[1] She hinted at plans to release a new album soon after the release of her A Different Kind of Human (Step 2) album. In an interview with Riff Magazine, she revealed she was working on two albums at once, one of which she has said is „longer into the future“. Of the closer album, she stated, „The perspective is much bigger. It’s still quite political, and it’s still quite opinionated and it’s also very emotional. It’s even more about the individuals that make the army. It’s an album for every individual within the big army of love“.[2] She further detailed the album in an interview with Motley, stating „My next album will be dressed in an armour of hardness. But I’m also really exploring the soft, delicate part of me, which I want to open up even more on my next album“.[3]

Clearing her Instagram feed in May 2020, Aurora began hinting at „the beginning of a new era“.[4] She released the lead single for The Gods We Can Touch, „Exist for Love“, on 14 May 2020.[5] She additionally released a song for the 2020 film The Secret Garden in September 2020, and confirmed the album she would release would not be another „step“ album.[6]

In April 2021, Aurora’s single „Runaway“ began growing in popularity on TikTok. In an interview with NME regarding the song’s newfound success, Aurora described the themes of the upcoming album: „I’m asking questions to everything that made us the way we are now; in our past, in politics, religion, and in weird ways of thought we have created that make no sense – like racism, not being a feminist or burning women for being witches. All of these strange things that we have convinced ourselves are the right thing to do, which is just so odd... I just wonder where it started, you know, this cruelty, and the good things of course“.[7]

„Cure for Me“ was released as The Gods We Can Touch’s next single on 7 July 2021.[8] She detailed its position on the forthcoming album: „[„Cure for Me“] has something in common with the album in that I’m experimenting with new things and new sides of me. It’s easy for me to make a really ‚Aurora‘ album – that feels like nature and mother Earth. That comes really naturally to me. So I’m really enjoying doing something different.“ She described her intentions to be experimental on the forthcoming album, and stated the album would not discuss themes like „doom, gloom, COVID and horror“, instead of focusing on „more playful and fun“ songs, whilst also referencing „a lot of things that bother [her] with society and our history“. She also stated that album was finished, and her intentions to release the album before the end of 2021.[9]

On 14 October, she released „Giving In to the Love“ as the album’s next single, and officially announced The Gods We Can Touch, and its release date of 21 January 2022.[10]

On 2 December, she released „Heathens“ as the album’s fourth single,[11] and „A Dangerous Thing“ and „Everything Matters“, featuring French singer Pomme, as the fifth and sixth singles on 7 January 2022.[12] „A Temporary High“ served as the seventh single, released on 27 January 2022.[13]

To promote the album, Aurora announced a co-headlining concert tour with American singer-songwriter Sub Urban that will visit the United States in 2022.[14]

The lyrical themes are heavily inspired predominantly by Greek mythology.[24][16][22] Furthermore, the styles of lyrical writing have been described as dark and disturbing, with a maximal and introspective style.[19][25][16] The lyrics throughout the songs of the record also talk about self-empowerment, abuse, and heartbreak.[15] Aurora’s sopranolike vocal performance throughout the album was described by many critics as „ethereal“,[16][18][21][19] with interludes to songs that showcase her voice and vocal tone shifts.[22][15] Georgia Griffiths from The Music writes that Aurora is „channelling Lana Del Rey, [and] the next it’s Santigold“ in her vocal performances on the record.[22]

The Gods We Can Touch was met with critical acclaim upon release.[33] At Metacritic, which assigns a normalised score out of 100 to ratings from publications, the album received a mean score of 81 based on 9 reviews, indicating „universal acclaim“.[27]

The Line of Best Fit writer Tom Williams praised the album as an „ethereal masterpiece“ and stated that Aurora’s sound is „like heaven on Earth.“[19] Steven Loftin of Dork called Aurora on the album „exciting as she is intriguing“ and makes the „world feels like a better place.“[29] The Clash’s Finlay Holden called the record „high-reaching“ and noted that the themes of „angry, celebratory, wallowing and cathartic energies exhibit themselves in a maximalist way.“[25] Ben Hogwood from musicOMH states that the record consisted of „futuristic production and intriguing, sometimes daring melodies“ despite being rooted in a „deep and very distant past.“[30]

Chris Hamilton-Peach of DIY writes that „Aurora’s celestial spark remains her calling card“ on the album.[23] Gigwise writer Tom Taylor sees Aurora as she „experiments with genre in her joyful new album“ while also being reliant on „high-energy, electro-pop anthems.“[17] Andrew Trendell of NME notes that the record „seizes the opportunity to take the world on and fight with all her power“ and is loaded with „idiosyncratic quirks and enchanting notions.“[31] Hayden Godfrey from Under the Radar felt that the record showcases Aurora’s „glorious highs and careful lows“ towards the production.[32] According to Marcy Donelson from AllMusic, the record only expands on Aurora’s „already mystical bearing.“[28]

The Gods We Can Touch ¦ A Different Kind Of Human: Step 2

Am 4. April 2022 brachte Aksnes ihre neue Single The Woman I Am heraus. 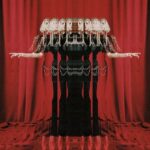