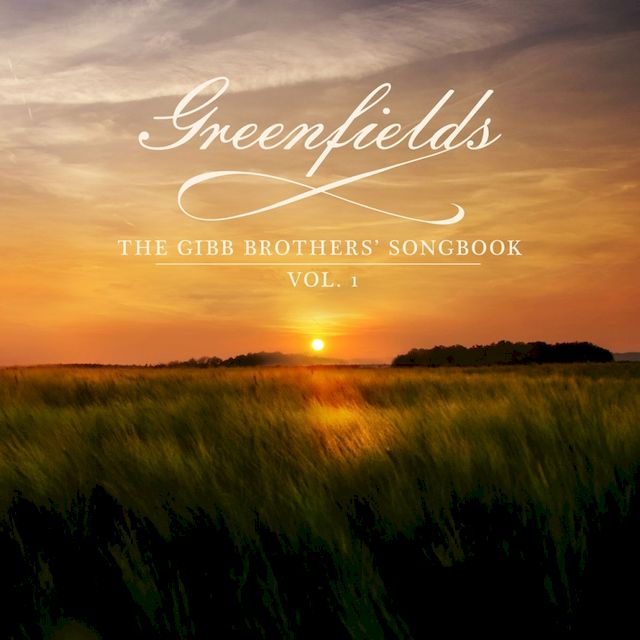 Greenfields: The Gibb Brothers Songbook, Vol. 1 is the third solo album by British-American singer-songwriter Barry Gibb, which was released on 8 January 2021 by Capitol Records in America and EMI Records internationally. The album features re-imaginings of songs written by the Bee Gees with country music singers. The album's title is taken from a lyric in the song "Butterfly".

At 74 years, 4 months and 17 days old, Gibb became the oldest artist to peak at number 1 on the Australian ARIA Albums Chart.[1]

Gibb announced the album on 6 November 2020 with the release of "Words of a Fool". As a lifelong fan of country and bluegrass music, he sought a way to record some songs with some of the greatest names in the genre which eventually led to the creation of Greenfields. Gibb selected Dave Cobb as the album's producer after his son Stephen showed him a Chris Stapleton song, with Gibb recalling that "I freaked out and I said, “Wow, there are people making records like this now? There are still bands making records and not programming and that it's real?” I said, “Who is this?” And he said, [Chris Stapleton], and then he said, “Dave Cobb is the producer.” I said, “I want to work with that guy. If I make any more records, it's with him.” and he flew to Nashville to record. Gibb stated that “from the first day we stepped into RCA Studios in Nashville (the very place where Elvis, Willie, Waylon, Roy, the Everly Brothers and so many other legends made their magic) the album took on a life of its own. I couldn't be more grateful for the opportunity to work with Dave and all the artists who stopped by. They were all incredibly generous with their time and talent. They inspired me more than words can express. I feel deep down that Maurice and Robin would have loved this album for different reasons. I wish we could have all been together to do it but I think we were.”[2]

The album's lead single "Words of a Fool" was originally for a 1986 Barry Gibb solo project that never wound up being released. Of his collaboration on the track, Jason Isbell enthused that Gibb "is one of the greatest songwriters and singers in popular music history, and I'm happy to say he still has that beautiful voice and that magical sense of melody. Working with him on this project has been one of the great honors of my career. He's a prince."[3][4] "Butterfly", which features musical partners David Rawlings and Gillian Welch, was written when the Gibb brothers were living in Australia before they became household names and has been covered by the likes of Marmalade and Ronnie Burns.[5]

Of re-interpreting his hits as country tracks, Gibb noted that "There were so many songs that were really written in the spirit of country music. “Islands in the Stream” for instance, was written for Diana Ross, but when I agreed to work with Kenny, he wanted to do a duet with Dolly. And so we suggested that one -- we knew it was good, we knew it was potentially very strong, but we didn't know it was a duet. So we just went to work on that, and the R&B song became a country song."

During the recording process, Gibb sang live with the majority of the album's guest artists, with the exception of Brandi Carlile and Miranda Lambert. Gibb noted that "Brandi wanted to do "Run to Me" before I could get to Nashville. So she went ahead and recorded it with Dave, and then I put my vocal on that later" and added that "I didn't meet Miranda – she did it when I wasn't in the studio. I think some artists are like that. They go, "Well, I'll come in and sing, but I don't want anyone else there." I dealt with that with producing Diana Ross, where someone else being in the sound booth room was just not acceptable, you know? And I think even Dave's like that. He doesn't really like people being there that really don't have a reason to be there."

Gibb spoke highly of recording with Keith Urban, stating that "he's fantastic. I mean, he gave us a great gift because he brought Nicole with him, and that was such a thrill. I'm freaking out, you know. It's not really about anyone else being impressed by me or intimidated by me -- it's the other way around." Similarly, recording with Dolly Parton, whom Gibb had not seen in over 40 years, was "was a great thrill, and as incredible as she always is. She's such a humble person" and noted that "Dolly told me that where she was standing at the microphone is exactly where she stood when she did "I Will Always Love You" and "Jolene." You know, that's mind blowing." Gibb also explained that Alison Krauss "was fantastic" and that Olivia Newton-John "was spot on from the first note. She hasn't been in the studio for awhile, she'd been out of action, and she was so thrilled to just get back to singing".[6]

Greenfields was met with "generally favorable" reviews from critics. At Metacritic, which assigns a weighted average rating out of 100 to reviews from mainstream publications, this release received an average score of 73 based on 11 reviews.[7]

In a 4/5 star review, Alexis Petridis of The Guardian summarised that "with subtle, beautiful arrangements, this foray into country-pop with covers by the likes of Dolly Parton, Jason Isbell and Gillian Welch is testament to the Bee Gees’ greatness". He noted that, upon first glance, Gibb recording a country album seems "peculiar" but adds that "you understand why Gibb might be keen to undertake the endeavor. The sheer wattage of Nashville star power in the supporting cast – everyone from Keith Urban and Alison Krauss to Gillian Welch and David Rawlings – underlines the regard the Gibb brothers are held in by their fellow musicians, which is a never a bad thing." Petridis goes on to say that several of the more well-known tracks "can't help but be dulled by familiarity" and states that the cover of "Jive Talkin'" with Lambert and Buchanan "doesn't really work" but praises Krauss' vocal performance on "Too Much Heaven" for "casting the song's melodic richness in new light". Similarly he asserts that Carlile's performance on "Run to Me" indicates "underlines the fact that only in a catalogue as thick with hits as the Bee Gees would a ballad this strong be relatively overlooked". Sonically, he notes that "the arrangements here are subtly done and often beautiful, led by piano or acoustic guitar, the orchestrations muted; the pedal-steel-heavy Words of a Fool aside, they're closer to country-inflected pop than country per se. You wonder about the results had Gibb and Cobb stripped them back even more, or hauled them into grittier Americana territory". In conclusion, he praises Rawlings and Welch's appearance on "Butterfly" before stating that "titling this album Volume 1 suggests Greenfields represents more than a one-off experiment: for all its strengths, there's scope for Barry Gibb to develop this unlikely late-period diversion further."[8]

In another positive review, Chris Willman of Variety explains that the album "pays tribute to [Gibb] and his late brothers’ rich, melodic catalog, now freshly approached with a rootsy but cosmopolitan country vibe that feels as ingrained and intrinsic to the aged material as it sounds. Each lustrous song's theatrical and trembling tone, once heard in this new, folksy form, seem so instinctually right as a country cut that you'll nearly forget the disco and chamber-pop originals" and goes on to declare that "save for a few hiccups, the overall results of the “Greenfields” experiment are pretty magnificent, actually". Willman continues by praising the performances of Carlile, Isbell, Welch, Krauss and Gibb himself, who he describes as a "a weirdly stirring, breathy marvel" and concludes that the success of Volume 1 means Gibb new direction is "well worth a Volume 2. And 3".[13] 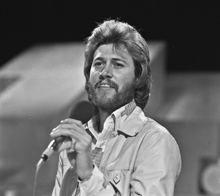 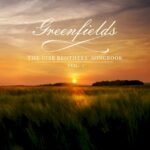