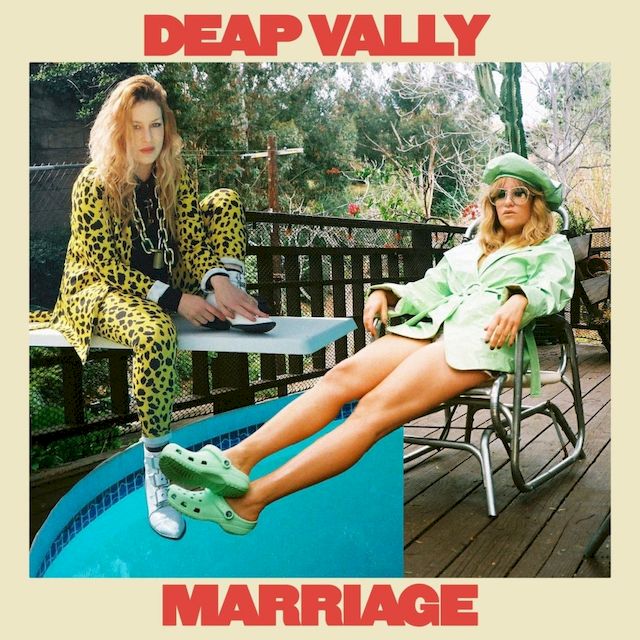 Deap Vally are an American rock duo, formed in Los Angeles, California in 2011. The group consists of Lindsey Troy (guitar, vocals) and Julie Edwards (drums and vocals).[1] They have released two albums, an EP and a number of singles. Both albums reached the UK Albums Chart.[2]

Deap Vally formed in 2011 and is made up of Lindsey Troy and of Julie Edwards originally from San Fernando Valley, California. Edwards was a member of The Pity Party, while Troy was performing in Los Angeles as a solo artist.[3] Edwards met Troy at a crochet class in Silver Lake, Los Angeles.[3]

In July 2012, they released their first single, „Gonna Make My Own Money“, on Ark Recordings,[4] while they made their London debut in the same month. In August 2012, the band signed to Island Records,[5] while they played the Latitude and Leeds and Reading Festival during the summer. Their first single on Island/Communion, „End of the World“, debuted as Zane Lowe’s Hottest Record In The World on BBC Radio 1 on October 3, 2012, and the band played the BBC Radio Rocks Week with a live concert from London’s Maida Vale Studios on October 24. Their debut album was recorded at Infrasound Studio, San Pedro, Los Angeles with Lars Stalfors (The Mars Volta).[1]

In November 2012, they supported the English band The Vaccines on their UK tour. They opened for English rock band Muse in Finland, Germany and the Baltic states.

In Summer 2017 they opened for Garbage and Blondie as part of the Rage and Rapture tour.[13]

At the end of 2019, Deap Vally announced an album in collaboration with The Flaming Lips under the combined name Deap Lips and released a single, „Home Thru Hell“.[14]

Deap Vally have been described as „a scuzzy White Stripes-meets Led Zeppelin rock and roll duo“[3] who play „hard-riffing blues-rock“.[17]