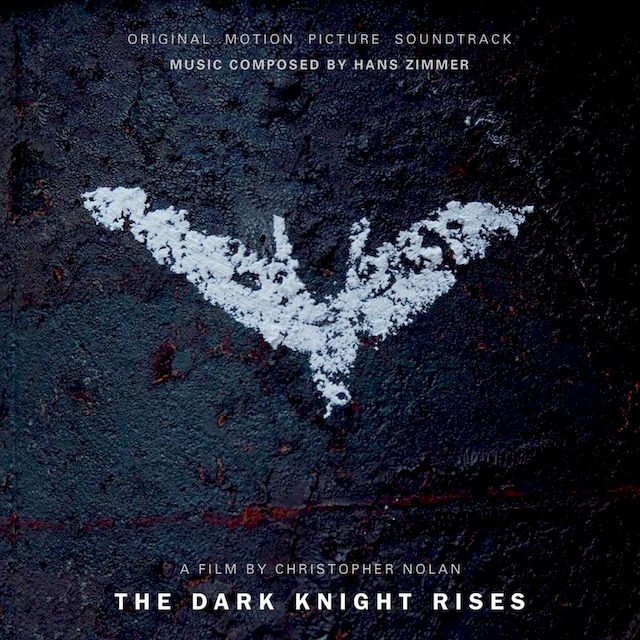 The Dark Knight Rises: Original Motion Picture Soundtrack is the soundtrack to the film of the same name, the sequel to Christopher Nolan's 2008 film The Dark Knight. The soundtrack was released on July 17, 2012. The CD edition of the album contains an exclusive code to unlock three bonus tracks, titled "Bombers Over Ibiza (Junkie XL Remix)", "No Stone Unturned", and "Risen from Darkness".[2] Two additional bonus tracks, "The Shadows Betray You" and "The End", are digital-download exclusive tracks.[3] The soundtrack was officially released online for streaming purposes on July 10, 2012.[4]

Additional cues were released through an iPhone app titled The Dark Knight Rises Z+ App Origins Pack. The app contains four original suites ("Wayne Manor", "Selina Kyle", "Orphan", and "Bane") that were created during the early stages of development for the film.[5]

The main themes were composed by Hans Zimmer and James Newton Howard, but Howard did not return to the series to score this film and was not credited as a composer. Regarding his departure from the franchise, Howard said, "I just really felt that I had made what I felt like I could contribute to that series, and I always felt that... Hans... was the mastermind of those scores. I mean, they really sounded the way they sounded because of him. His conception of the scores was really brilliant. It's not that I didn't add a lot, I did, but I don't think I added the aspects of the music that really defined the character of those movies."[6]

Just like Batman Begins and The Dark Knight, the main motif always consists in just two notes, played by horns and accompanied by strings, representing Batman's pain and guilt.[7]

In many tracks is reprised Batman's main action theme ("Molossus"), used as well in the first two movies of the trilogy.[8]

The score won in the category "Best Original Score" at the Denver Film Society,[9] while it was nominated in other events, including the Grammy Awards[10] and the Saturn Awards.[11] At the Brit Awards, Zimmer won as "Composer of the Year" for his work on the scores of The Dark Knight Rises and Man of Steel.[12]

A high-resolution, digital version of the soundtrack was released by HDTracks[15] in 24-bit/192 kHz. It contains all the bonus tracks from the standard digital edition, but spectral analysis of the audio files shows they were not true high-resolution files, with no frequencies at all above 22 kHz or so (basically equivalent to a 48 kHz sampling rate).[16]

The film features a prevalent chant of the phrase deshi basara, which, according to Hans Zimmer himself, means "rise up" in a language which he says he's happy to have kept secret (allegedly Moroccan or another Arabic dialect, even Mongolian word "deeshee bosooroi" which means literally "Rise Up" though this is disputed).[17][18]

Though the chant is not considered proper Arabic, it can be transcribed phonetically into dialectal Arabic as تيجي بسرعة (Tījī basara’ah), translated as either "come quickly" or "she comes quickly" (both forms are identical in Arabic,[19] but the latter meaning would be a foreshadowing in the story), which is loosely consistent with Hans Zimmer's provided meaning of the chant.

When asked about the development of the chant, Zimmer said, "The chant became a very complicated thing because I wanted hundreds of thousands of voices, and it's not so easy to get hundreds of thousands of voices. So, we tweeted and we posted on the internet, for people who wanted to be part of it. It seemed like an interesting thing. We've created this world, over these last two movies, and somehow I think the audience and the fans have been part of this world. We do keep them in mind."[20]

The score received mostly positive reviews. Heather Phares of Allmusic commented that "while Hans Zimmer's music for Christopher Nolan's Batman movies aren't as high-concept as some of his other scores, such as Inception or Gladiator, Zimmer ties the music for the final installment of Nolan's Batman trilogy to his previous scores, but allows these pieces to have their own flourishes as well".[21]

Filmstracks, on the other hand, stated that, "Lost in all of the media hype and sensationalism surrounding this franchise's second coming is the artistic merit of Nolan's achievements, and a contributing factor to the frenzy is undoubtedly Hans Zimmer's involvement as the concept's now most frequent musical voice." Filmtracks even went to the next level by stating that "Unfortunately for Zimmer, his actual speaking voice is so prevalent in interviews that the soundtracks for these films have become their own form of spectacle. Not since John Williams of the early 1980s has a film composer become such a mainstream attraction, and Zimmer indulges the attention by constantly unleashing his thought process and sense of humor in interviews that don't always make much sense when strung together."[22]

Jonathan Broxton of Movie Music UK stated that "In many ways, The Dark Knight Rises showcases the best and the worst of Hans Zimmer's musical personality in one all-encompassing score", "on the one hand, the intellectual design and intelligent use of Bane’s Chant shows Zimmer at his creative best, taking a simple idea and working it around to suggest complex concepts and subtle changes in context", and that "On the other hand, you have the same old arguments: the Zimmer sound permeating the Hollywood mainstream to such a degree that composers as talented as Alan Silvestri and Patrick Doyle are being asked to ape the style; the fact that Zimmer himself seems to be stuck in a rut, writing what in effect are little more than variations of the same score on almost every action film he tackles; the over-reliance on electronic enhancements, ghostwriters, arrangers, and so on and so on. The bottom line is this: fans of the Zimmer style will love it, fans and of the current Batman style will love it, whereas anyone whose musical tastes tend to veer towards the predominantly orchestral will find a great deal of it boring, or unpalatable, or both."[23]

Tracks not included within the release of the soundtrack:[26]

The score of The Dark Knight Rises contains many musical references to the previous films in the trilogy. Some notable examples of this are the following:

With regard to recurring themes for the Batman character, Zimmer said, "I thought if we set up a couple of things you can recognise in a second from right at the beginning, like the ostinato, the little bubbling string figure, when he’s coming, when we get to the moment in the movie when he’s actually going to appear, you’d hear that stuff and really get excited. It was as simple as that. I wanted some little symbolic motifs that would signal to the audience that really, honestly, it is going to happen."[28]

OST The Dark Night Rises ¦ OST No Time To Die 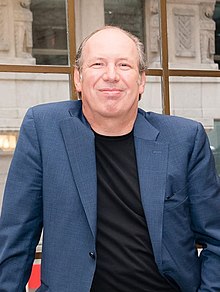 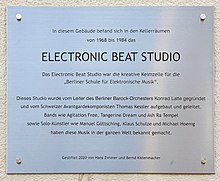 “Hans is an icon, and in my opinion many of the criticisms aimed at the whole Media Ventures set up are totally unfounded. The first most common misconception is that, to be blunt, everyone else does the work of writing themes, while Hans takes all the credit. Well, I spent three months working with Hans in Los Angeles on various scenes for The Prince of Egypt – the sandstorm sequence where Moses is awoken by a camel, and the death of the firstborn sequence – and all the themes there were written by Hans. My job was to take the thematic content that Hans had come up with, and work it into my own music for the scene. There was a lot of discussion, a lot of debate about the contextual meaning behind the film and how the music relates to that, but the ultimate driving force was Hans. Just to be able to see him at work, being creative, and being in that atmosphere was wonderful. Plus, Hans is a phenomenal orchestrator. That’s something people don’t realise.” 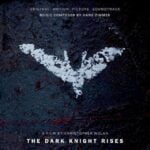