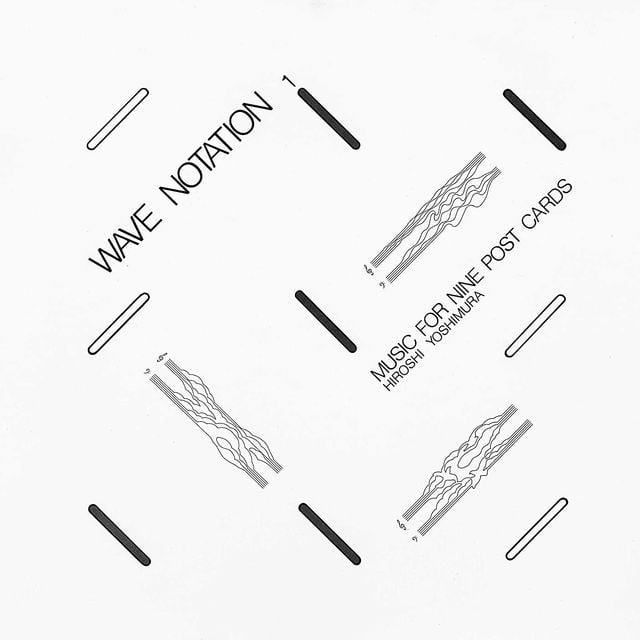 Music For Nine Post Cards is the debut studio album by Hiroshi Yoshimura, released by Sound Process in 1982 and rereleased by Empire of Signs in 2017.

The album was home-recorded with a keyboard and Fender Rhodes.[1] In the liner notes Yoshimura stated that he was inspired by “the movements of clouds, the shade of a tree in summertime, the sound of rain, the snow in a town."[1]

Yoshimura originally sent the Hara Museum of Contemporary Art a copy of the album intended to be played in the building but after much interest from visitors the album was then given a wide release as the first instalment in Satoshi Ashikawa’s series “Wave Notation” in Japan.[1] In 2017 the album was reissued by Empire of Signs, the first time outside of Japan.

Upon its rerelease in 2017 the album received critical acclaim. Thea Ballard of Pitchfork wrote that the songs "have a disarming presence, cutting sweetly into the listener’s reality" and that "The effect is multidimensional: melancholy, wistful, invigorating, consoling."[2] Eric D. Bernasek of Spectrum Culture in a positive review, stated that album is "uniformly calm and wistful, evoking the subtly discomfiting melancholy of nostalgia" however criticised the song "Urban Snow" feeling that "The track limits the album’s usefulness as environmental music" and that "its mere presence compromises the purity of the rest by breaking the spell that was cast by the album’s overall restraint and uniformity".[3]

All tracks written and produced by Hiroshi Yoshimura.[6]

Hiroshi Yoshimura (吉村弘, Yoshimura Hiroshi, 22 October 1940 – 23 October 2003) was a Japanese musician and composer. He is considered a pioneer of ambient music in Japan.[2][3] His music lies mostly in the minimalist genre of kankyō ongaku, or environment music—soft electronic melodies infused with the sounds of nature: babbling brooks, steady rain, and morning birds.[4] However, not all Yoshimura's work included nature sounds. His album Green (1986) only contained them in the United States release, as they were excluded in the Japanese version.

Hiroshi Yoshimura was born in Yokohama, Kanagawa in 1940.[3] He started to learn piano at the age of 5.[3] He graduated from Waseda School of Letters, Arts and Sciences II in 1964.[3] He was inspired by the Fluxus movement and the work of Harry Partch and Erik Satie.[3]

He started the computer music group "Anonyme" in 1972.[3] The 70's saw Yoshimura heavily inspired by Brian Eno, who had a similar minimalist ambient style.[3] In 1978, he was commissioned by the NHK to compose the piece "Alma's Cloud".

In addition to solo performances and improvisational music, he performed production performance and sound objects, environmental music containing graphic design and sound design, visual poetry, and worked on sound design business in collaboration with TOA.[3] He also made music for galleries, museums, building spaces and train stations. He was at the forefront of environmental music.[3]He worked as a part-time lecturer in the Industrial Design Department at the Faculty of Engineering of the University of Chiba and at the Music Design Department of Kunitachi College of Music.[3] He held workshops on citizen participation in museums.

In 2017, Yoshimura, as well as other ambient Japanese musicians, received a resurgence due to the YouTube algorithm.[6] In 2019, the song "Blink", from Yoshimura's debut album, was selected for compilation album Kankyo Ongaku: Japanese Ambient, Environmental & New Age Music 1980-1990.[7] In 2020, Light in the Attic Records re-issued Green. [8]

His music has received much critical acclaim. In 2018, Crack Magazine selected his albums Green and Music For Nine Post Cards as the number 1 and number 7th most essential Japanese ambient albums, respectively.[9] Malcolm Standing for Demo Magazine referred to Yoshimura as "one of the most influential and prolific of the artists to come out of Japan’s ambient renaissance".[10] Tom Moon of NPR noted Yoshimura as "one of the revered pioneers of Japanese electronic music".[11] 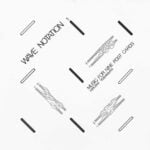