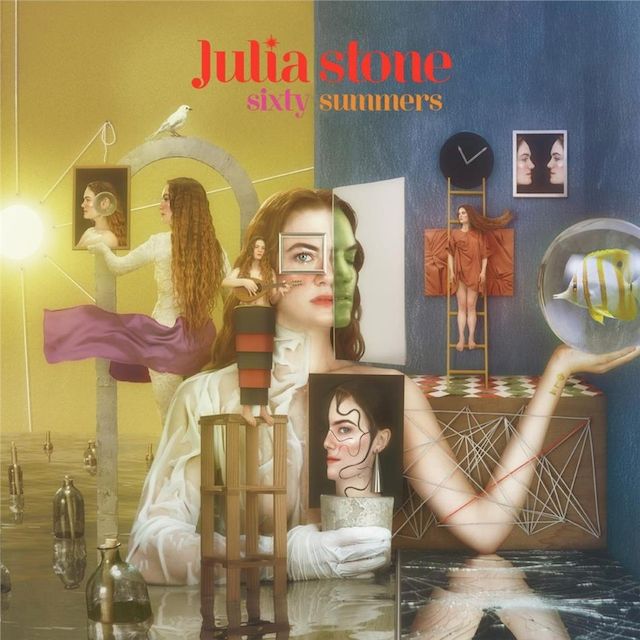 Sixty Summers is the third studio album by Australian singer-songwriter Julia Stone. The album was announced on 30 October 2020 alongside the release of the album's third single, "Dance", and was released on 30 April 2021.[9][10]

The album was recorded sporadically between 2015 to 2019 and was shaped by Stone's key collaborators on the album, Thomas Bartlett, aka Doveman, and Annie Clark, aka St. Vincent. Together, Bartlett and Stone wrote and recorded over 50 demos in his studio in New York, Stone said "Making this record with Thomas, I felt so free. I can hear it in the music, he brings a sense of confidence to recording sessions."[1] Clark, once presented with the work Bartlett and Stone had made together, fashioned Sixty Summers into the album it is, contributing vocals and guitar in addition to production.[1]

Upon release, Sixty Summers received "universal acclaim" from critics, achieving a score of 82 on Metacritic based on 4 reviews.[11] A four star review from The Independent praised Stone for reinventing herself, with the album being called "a celebration of newly claimed liberty".[14] The Evening Standard described the album's sound as "on a whole new planet" and made comparisons to the Taylor Swift album Folklore, with the two albums sharing collaborators in Thomas Bartlett and Matt Berninger.[12] In a more mixed review, Gigwise praised Stone for "eagerness to embrace a more elated sound is wholly admirable" but that "certain lyrical ideas sit a touch on the nose".[13] David James Young from NME said the music is "some of the most interesting music she's ever made".[15]

All tracks written by Julia Stone and Thomas Bartlett, except where noted.

Julia Natasha Stone (born 13 April 1984) is an Australian folk singer-songwriter and multi-instrumentalist. She is the sister half of Angus & Julia Stone and is also a solo musician. Her debut solo album, The Memory Machine, was released in September 2010. Her second solo album, By the Horns, was released in May 2012, and peaked at No. 11 on the ARIA Albums Chart.

Julia Natasha Stone was born on 13 April 1984 and grew up in Sydney. Her parents, Kim and John Stone, were both folk musicians.[1] Stone's older sister is Catherine (born ca. 1982) and her younger brother is Angus Stone (born 27 April 1986).[1] Stone attended Newport Primary School and Barrenjoey High School.[1] At primary school she joined the school band with her father teaching and her siblings accompanying.[2] At family gatherings when the children performed, Stone played trumpet, Catherine on saxophone and Angus on trombone with Kim singing and John on keyboard or guitar.[2]

After finishing secondary school and while on a holiday with her brother in South America, Stone was impressed by his musical talent, "[Angus] was writing amazing songs ... [he] had shown me how to play guitar in Bolivia, and those songs had gotten me through that year".[2] Subsequently, Stone started writing her own songs.[1][2] By 2005 Stone was playing at open mic nights, sometimes Angus performed backing vocals – their first such gig, at the Coogee Bay Hotel, they performed "Tears".[3] After playing split sets with each singing backing vocals to the other's material, in 2006, they started a duo, Angus & Julia Stone.[2] In March that year the pair recorded their debut extended play, Chocolates and Cigarettes, which was released in August.[2] Since then the group has released five EPs, a compilation album and four studio albums.

Despite reaching critical acclaim as a duo, Stone had initially embarked on her musical career to become a solo musician.[10] In September 2010, after five years of recording and touring with the duo, Stone released her debut solo album, The Memory Machine, which charted on the ARIA Albums Chart into the top 100.[11] It was well received by fans and critics. Poppy Reid of The Music Network found that "Julia uses clever vintage horror film posters painted by UK artist Caroline Pedler. The posters depict themes from each song; all of them of course, starring Julia as herself".[12]

In June 2011 she sang backing vocals on "Do You Realize" for The Flaming Lips and Edward Sharpe and the Magnetic Zeros at a sunrise concert at the Hollywood Forever Cemetery.[13] In August that year Stone supported her collaborator, Doveman, at shows in California and New York.[14]

On 25 May 2012 Stone released her second solo album, By the Horns, simultaneously around the world,[10] which debuted at No. 11 on the ARIA Albums Chart.[4] Stone described writing the songs and temporarily parting with Angus, "[w]e had already been working on a new record together but it didn’t feel right ... I was thinking 'I'll make it now and we'll figure out what happens when it happens'".[15] "Then Angus and I were talking on the phone and he'd been working on more stuff on his own as well and we both just agreed – we were both in the same place, ready to put together a collection of our own songs". She worked on the album in California, France, Australia and India.[16]

Originally released in 2010, Julia's cover version of "You're the One That I Want" has been featured on UK and Irish TV channel, Sky's identification ad. The track entered the UK iTunes charts after airing on the commercial.[17]

In 2015, Stone was featured on Jarryd James' single, "Regardless" that peaked at number 48 in Australia in August.[18]

In February 2020, Stone released a cover version of "Beds Are Burning". The song is the lead single from the collaborative album Songs for Australia, released on 5 March 2020.[19]

In September 2012, she featured in a campaign, 30 Songs / 30 Days, to support Half the Sky: Turning Oppression into Opportunity for Women Worldwide, a multi-platform media project inspired by Nicholas Kristof and Sheryl WuDunn's book of the same title.[23] 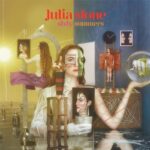