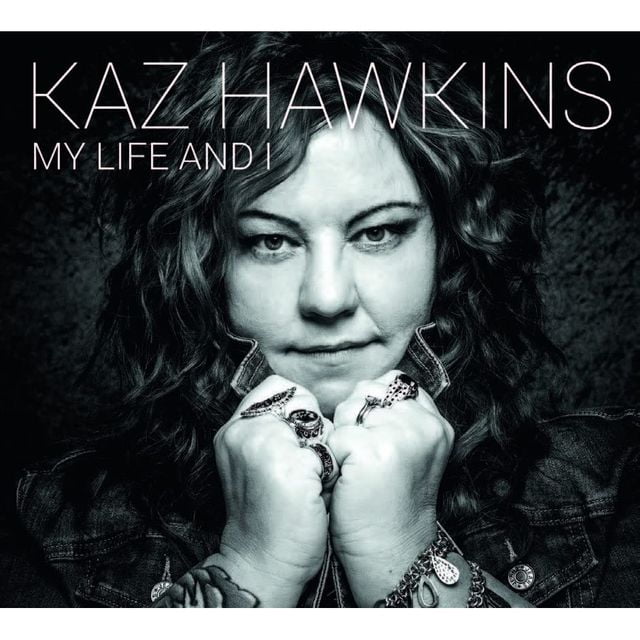 Kaz Hawkins ¦ My Life And I

Veröffentlichung My Life And I:

Hörbeispiel(e) My Life And I:

My Life And I auf Wikipedia (oder andere Quellen):

My Life And I

Hawkins was born and grew up in Belfast but now lives in France. She enjoyed singing at church, and was influenced by her grandmother singing at home. In her youth, she auditioned for the television show Opportunity Knocks where the musical director told her grandmother to let her listen to Etta James. Her love affair of soul music began here.

Hawkins sang in cover bands for 20 years before she began creating original material.[1]

She has released four studio albums, two EPs (no longer available), one live album (digital only). She has also release a compilation album exclusively on vinyl [2] Upon signing with Dixiefrog Records, an anthology of her back catalogue called 'My Life And I' was released. A seventeen track CD and double vinyl was released in 2022.

In 2017, she began presenting a blues show on BBC Radio Ulster, "Kaz Hawkins Got The Blues".[3] produced by Ralph McLean As of 2022, a total of eight series have been recorded by Kaz Hawkins for BBC Radio.

Hawkins was invited to Florence Academy of Art in Alabama, to join in a various artists album Something In The Water to help highlight children not having access to arts in Alabama. The album included one of the original Muscle Shoals Rhythm Section, David Hood and musicians Clayton Ivey and Will McFarlane supporting a line up of international artists covering songs recorded in Alabama.[4]

In April 2022, Hawkins was given the honourable title of Godmother of the oldest blues festival in France. Cahors Blues Festival asked her permission in front of gathered press at the launch of the 40th anniversary of the festival.[5] She accepted the honour of 'Marraine du festival'' and will represent them going forward. She joined Grammy Award winning Christone "Kingfish" Ingram, Popa Chubby and Kirk Fletcher as festival headliners in July 2022, in the town of Cahors, France.

Hawkins has regularly been invited by the Irish composer and Golden Globe nominee Brian Byrne, to perform in Ireland and Los Angeles on his compositions. She joined an international cast including Fra Fee, Joe Rooney, Adele King, as well as a 70-member choir, and the RTÉ Concert Orchestra for the launch of the production in Dublin.[6]

Winner Pure M Magazine Awards - Ireland Best Female and Best Video 2016 for "This Is Me".[7]