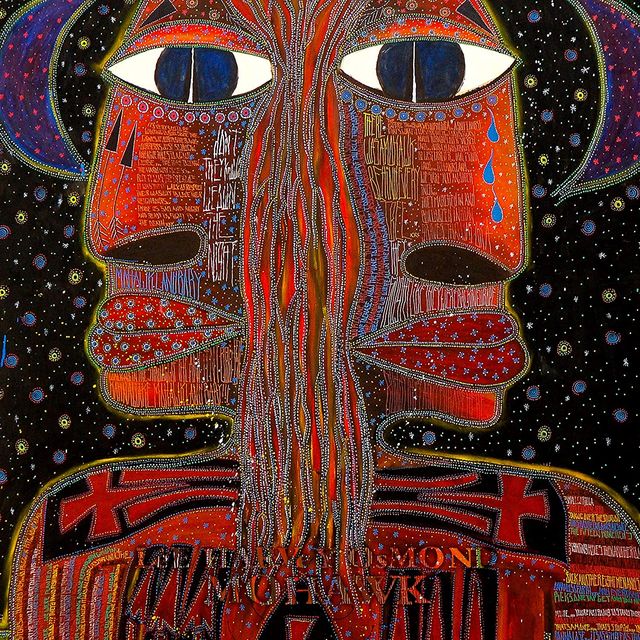 Not to be confused with Lee Harvey Oswald.
Musical artist

The act first took shape with Wilson in his LeE HARVeY OsMOND persona, backed by Michael Timmins of Cowboy Junkies and Josh Finlayson of Skydiggers. They wrote, recorded and released the debut album, A Quiet Evil, in 2009 on Latent Recordings. Margo Timmins, Andy Maize and Suzie Vinnick also contributed to the album.[2] The band's current touring configuration consists of Wilson on lead vocals and guitar, Aaron Goldstein on guitar and pedal steel (who also contributed to A Quiet Evil), Cam Malcolm on bass guitar, Brent Titcomb on percussion and vocals and Ray Farrugia on drums.[2]

A Quiet Evil was a long-listed nominee for the 2010 Polaris Music Prize.[3]

A third album, Beautiful Scars, was released on April 7, 2015.[7][8] Many of the songs on the album were co-written and performed with other musicians.[9] It was longlisted for the 2015 Polaris Music Prize.