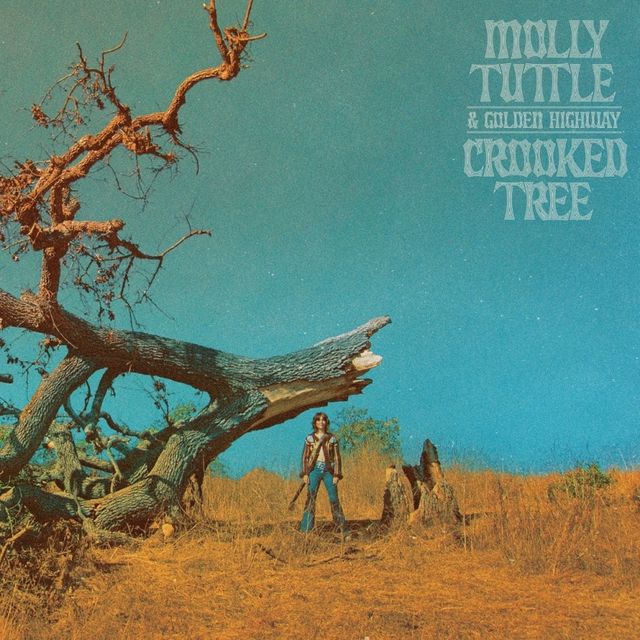 Molly Rose Tuttle (born January 14, 1993) is an American vocalist, songwriter, banjo player and guitarist, recording artist and teacher in the bluegrass tradition, noted for her flatpicking, clawhammer,[1] and crosspicking[2] guitar prowess. She has cited Laurie Lewis, Kathy Kallick, and Hazel Dickens as role models.[3] In 2017, Tuttle was the first woman to win the International Bluegrass Music Association's Guitar Player of the Year award.[4] In 2018 she won the award again, along with being named the Americana Music Association's Instrumentalist of the Year.

Born in Santa Clara, California and raised in Palo Alto, Tuttle began playing guitar at age 8.[5][6][7] At age 11, she played onstage with her father Jack Tuttle, a bluegrass multi-instrumentalist and instructor.[7] At age 15, she joined her family band The Tuttles with AJ Lee. Her siblings Sullivan (guitar) and Michael (mandolin), and mandolist AJ Lee[8] are also in the band.[9]

In 2012, Tuttle was awarded merit scholarships to the Berklee College of Music for music and composition,[15] received the Foundation for Bluegrass Music's first Hazel Dickens Memorial Scholarship,[16] won the Chris Austin Songwriting Competition at the Merlefest Music Festival,[17] and appeared with her dad on A Prairie Home Companion.[18]

While studying at the Berklee College of Music, in 2014, Tuttle met and joined the all-female bluegrass group the Goodbye Girls.[17] They combine bluegrass, jazz, and Swedish folk music.[19] Other members are Allison de Groot (banjo), Lena Jonsson (fiddle), and Brittany Karlson (bass). They released an EP Going to Boston in 2014, and the album Snowy Side of the Mountain in 2016.[20] The band has also toured Jonsson's home country Sweden several times.[21]

In 2018, she joined Alison Brown, Missy Raines, Sierra Hull, and Becky Buller in a supergroup. The quintet performed at the Rockygrass festival in Lyons Colorado on July 27, 2018. Initially known as the Julia Belles, the group later became known as the First Ladies of Bluegrass. Additional gigs were booked at Analog at the Hutton Hotel in Nashville on Sept 18, 2018 and the IBMA Wide Open Bluegrass Festival on September 28, 2018. She also collaborated with Billy Strings on the songs "Sittin' on Top of the World" and "Billy in the Lowground."

The First Ladies of Bluegrass are featured on the first single from a full-length CD by Missy Raines titled Royal Traveler released in 2018 on Compass Records.[23]

In 2015, Tuttle moved from Boston to Nashville.[24] Her EP Rise was released in 2017 after a crowdfunding campaign. She wrote all of the songs on the 7-song album, which was produced by Kai Welch.[25] Guests included Darrell Scott, the Milk Carton Kids, Kathy Kallick, and Nathaniel Smith.[26]

Molly was selected by Buddy Miller to join his "Cavalcade of Stars" section of Hardly Strictly Bluegrass on the Rooster Stage on October 6, 2018.

Tuttle released her debut album When You're Ready via Compass Records on April 5, 2019.[29]

Tuttle was diagnosed with alopecia areata when she was three years old, which quickly progressed to alopecia universalis, resulting in total body hair loss.[32]

The Tuttles With AJ Lee

As a featured artist