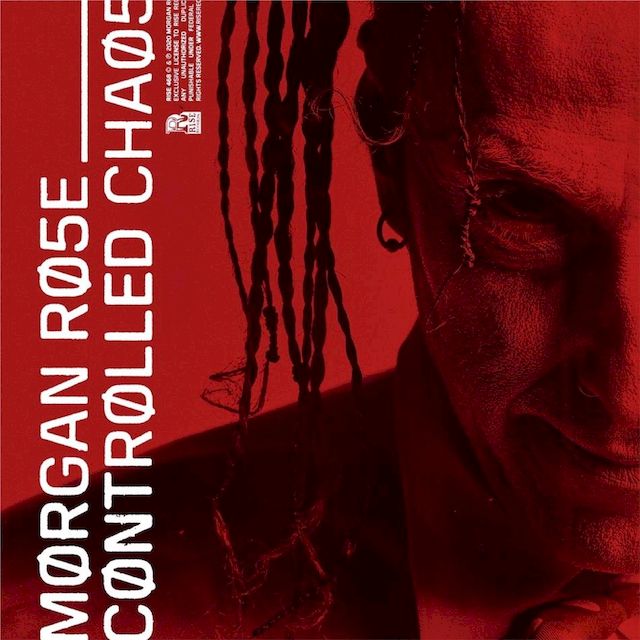 Controlled Chaos is the debut studio EP by the American musician Morgan Rose, released on November 27, 2020, through Rise Records. The EP's first single, "The Answer" was released two weeks earlier.[5]

Morgan Rose entered The Lair studio in Culver City, California, and tracked six songs within ten days in mid-2020 and has co-written the EP with Clint Lowery. Rose recorded all the vocals, piano and drums while Lowery performed all the guitars and Jason Christopher played the bass. Regarding the recording of the EP he stated:

So I called Clint, and he said, 'I'm gonna send you some guitar riffs, and you play drums and sing on it, and see what happens.' So I ended up doing a solo record, like it was a joke. I was just, like, 'I'll just go in and record a little bit. I'm not a singer; I'm a screamer.' So I ended up doing this solo record, and Rise picked it up. And I was, like, 'Oh my God. I have a record deal as a solo artist now all of a sudden.' It was a trip.".[6]

On November 30, 2020, Rose released a music video for "Exhale". The video, directed by Chuck Brueckmann, follows Rose as he prepares to head out and face all the challenges the world presents him while inspiring others to follow his path.[7][8]

All tracks are written by Morgan Rose and Clint Lowery, except where noted.

Morgan Jay Rose (born December 13, 1968) is an American drummer, record producer and founding member of Atlanta-based rock band Sevendust. He is also responsible for much of the background unclean vocals. He has also played drums for Call Me No One and Methods of Mayhem. Rose is vice president of Imagen Records.

Rose lived in New Jersey until the age of seven, before he and his family moved back to Atlanta, Georgia.[1] Rose's father was a guitarist and his mother, who followed the Raspberries in the 1970s, took her young son to see David Bowie's Ziggy Stardust tour, which he witnessed while sitting on the shoulders of a security guard. He credits his father with teaching him guitar and claimed that he was able to play Jimi Hendrix’s "If 6 Was 9" when he was three years old. Rose attended high school in St. Petersburg, Florida, where he played in many garage bands, after which he went to the Musicians' Institute of Los Angeles.[1]

Rose began his music career in the early 1990s in the band Snake Nation, alongside Vinnie Hornsby. In late 1992, Rose and Hornsby joined forces with Lajon Witherspoon, who was at that time in a R&B band called Body & Soul, and formed Rumblefish, which was changed to Crawlspace then to Sevendust after a name rights issue. Morgan Rose is one of the most respected and most innovative drummers in the industry, being voted by Drum magazine and Drummerworld as one of the top 100 drummers of all time. He is also one of the most charismatic members of the band.[citation needed] He often writes lyrics, and is the backup vocalist when playing live. Australia's Rolling Stone voted him the "Hottest drummer" in history, thanks to a poll that was taken in 2003. In 2004, he was voted the number one metal drummer by Modern Drummer magazine.[2] He is also ranked no.32 in Hit Parader's Top 100 Bassist and Drummers of All time.[citation needed]

Rose is featured on guest vocals in American heavy metal band Neversets track, "Take It All Away".[3]

Alien Freak Wear is his own personal line of clothing with T-shirts, hoodies, headwear, and many other items. He also has his own signature Alien Freak model of drumsticks made by Vater Percussion, whom he is endorsed by. The brand name Alien Freak stems from a nickname Rose earned early in his career. On how the nickname came about, Rose explains in a 2007 article; "A long time ago some close friends of mine started calling me an alien, probably because of my personal/visual style. At the same time, a lot of people were calling me a freak because of how I was performing. A few years ago someone asked if I'd be interested in having my own stick and starting a merchandise company, and those things needed a name. So we put the two nicknames together".[4]

Due to Tommy Lee injuring his hand in August 2009, Morgan filled in on drums in place of Lee, in Mötley Crüe, for five shows on Crüe Fest 2 from August 14 to August 19. He was also recruited to replace Ray Luzier and pulled double duty on the last few shows of the first leg of the Music As A Weapon V tour, sitting behind the kit for co-headliners Korn.[5]

Eye Empire has tapped Morgan Rose to record the drums on the band's debut album, Moment of Impact.[6]

In June, 2012, Rose began working with The Infinite Staircase (Karina Esparza) at Architekt Music, as both the drummer and producer of their ninth album, Black Out the Sun, released in March 2013.

In late 2014, Rose began working with Ghost Embrace at HyperThreat Recording Studio creating the rhythm tracks for their latest album to be released in late 2014 or early 2015. This recording studio in Denver rented a Pearl Drum Set while Johnny Morgan's tech provided the Evans heads and Zildjian cymbals for the tracks Morgan recorded.

Rose plays Pearl Masterworks Series Drums, Evans Drum Heads and Sabian Cymbals, as well as ddrum electronics, specifically their tube trigger. He previously used Zildjian cymbals. He is a large supporter of the new Pearl Vision Sets. He also uses Vater Drumsticks, with two signature models, the Alien Freak (double butt end), the Whiplash, which is similar to a 2B stick and Motu DP software.[10]

Call Me No One 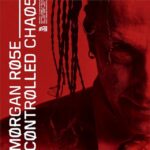