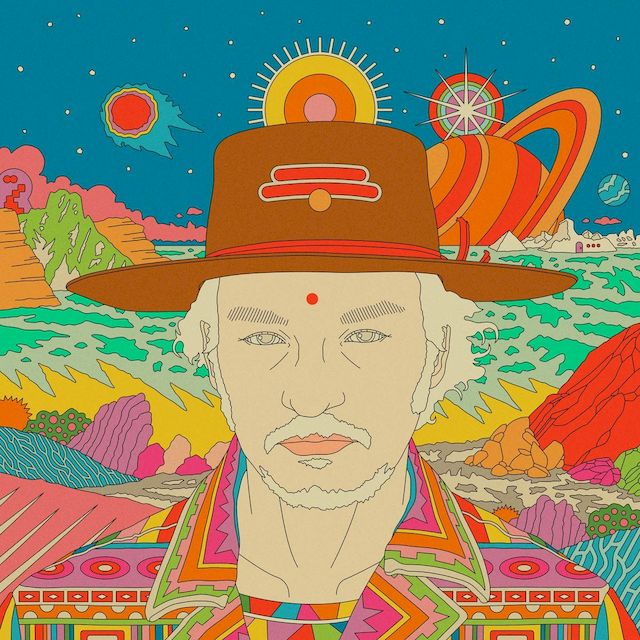 Night Beats are an American psychedelic/garage rock band, formed in 2009 in Seattle, Washington.

The band currently consists of lead singer and guitarist Danny Lee Blackwell as the only permanent member. The band was named after Sam Cooke's album Night Beat and reflects founder member Blackwell's love of soul and RnB.[1]

Raised by Catholic and Hindu parents,[2] Blackwell moved to Seattle to study comparative religion at the University of Washington.[3] Blackwell had previously fronted various bands in his hometown of Dallas, Texas but founded Night Beats in 2009. The solo self-recorded Street (Atomic) EP was released that year via Holy Twist Records.[4][5][6]

After trying out a couple of different lineups, Blackwell asked high school friend and former B.B Mercy drummer James Traeger who was studying in Austin, Texas[7] to move to Seattle to join Night Beats. After working together as a duo for a few months, they recruited bassist Tarek Wegner in January 2010 and played their first gig in March of that year at a house party in Seattle.[8][9][10] Wegner, originally from Tacoma, Washington, had previously played with The Drug Purse and Paris Spleen.[11]

On June 28, 2011 the band released their self-titled debut album via Trouble In Mind.[14] They also released a split EP with The UFO Club on the Austin label The Reverberation Appreciation Society. A split single with TRMRS was released in June 2012 via Volcom Vinyl Club.[15]

On September 24, 2013, the band released their second album "Sonic Bloom" via The Reverberation Appreciation Society.[16] They toured North America, Europe, Israel, South Africa and Australia in support of the album. In late 2014, Tarek Wegner left the band.

In 2015, the band signed to London-based label Heavenly Recordings and released their third album Who Sold My Generation in January 2016. The album featured Black Rebel Motorcycle Club member Robert Levon Been on bass, who also co-produced the album.[17] The band recruited Jakob Bowden to tour the album.

Through a US tour supporting Black Rebel Motorcycle Club in 2018, Jonah Swilley played drums with the band.[19] In May 2018, the band embarked on a tour of Spain and France, with Evan Snyder again replacing James Traeger on drums. Bassist Jakob Bowden was also not present.[20] In July 2018, the band (Blackwell and drummer Jonah Swilley) performed as a duo at the Social in London, England.

On January 28 2019, the band released their fourth album Myth Of A Man. The album was recorded by Blackwell with producer and Black Keys frontman Dan Auerbach. For the sessions, he was backed by a cast of old time session musicians who had worked with the likes of Elvis Presley and Aretha Franklin.

In late 2020 Blackwell signed Night Beats to Fuzz Club Records. In December of that year, That’s All You Got was released - a collaboration between Blackwell and Robert Levon Been of Black Rebel Motorcycle Club.[21] Outlaw R&B, the 5th Night Beats studio album was released June 4 2021.[22]