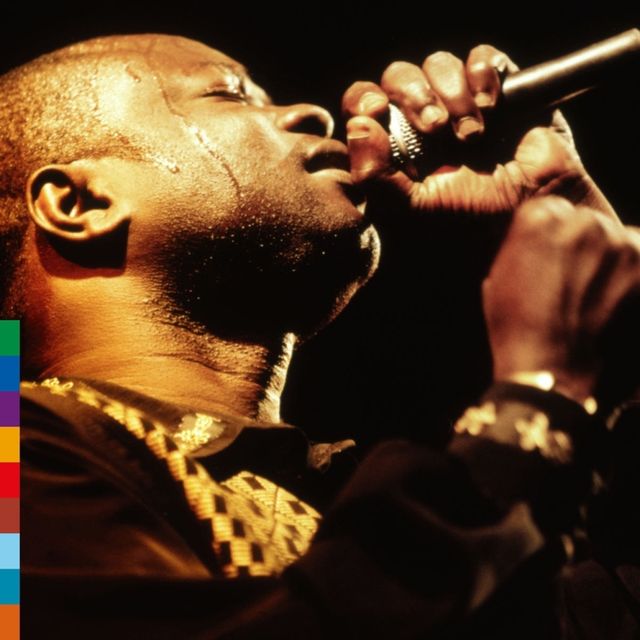 Omar Pene (born 28th December 1955) is a Senegalese vocalist and composer, who is the lead singer of Super Diamono, and is now a solo artist.[1]

Omar Pene was born in the working-class neighborhood of Derkle in Dakar. Having been singing his whole life and playing in other bands, he formed Super Diamono in 1975–76, with previous bandmates Cheikh Diagne, Bassirou Diagne, and Bazlo Diagne, along with members of Tropical Jazz De Dakar, including singer Ismael Lo.[1] Other members of the band included Bob Sene, Aziz Seck, Lapa Diagne, Abdou Mbacke and Adama Faye, a jazz keyboardist who gave the group a harder electric sound.[1]

In Dakar during the 1980s, Super Diamono were one of the few bands who could compete with Youssou Ndour in Dakar,[1] and the two singers had a lively artistic competition, both with devoted fanbases. Fans of Pene and Super Diamono used to congregate particularly at the Balafon Club, near the Autonomous Port of Dakar. Super Diamono's music was energetic reggae and jazz influenced dance music rooted in Senegalese mbalax rhythms, which are frenetic and syncopated.[1] Their songs cover socially conscious topics such as unemployment and education, and they were described by Rough Guide: World Music as "the people's band of Dakar's proletarian suburbs".[1]

In the mid-1980s Ismael Lo left to follow a solo career and was replaced by Mamadou Marga. By 1991 most of the group's original members had left for other projects, and Pene continued the band with session musicians, touring Europe and North America four years later.[1] To date, he has released more than thirty albums and cassettes.[citation needed] Under their new name Super Diamono de Dakar , the band released their first album Géédy Dayaan in 1979 under Griot Records (Disques Griot).[2]

Super Diamono was a ten-member band from Dakar, Senegal. It was formed in 1974[1] or 1975.[2][3] Omar Pene was a founding-member, and the group was alternately led by the singers Mamadou Lamine Maïga and Musa Ngum. It started with traditional West African music, but quickly turned to an Afro-Cuban and pop-influenced sound. From 1977 they called their music "Mbalax-blues".[1] In 1979, Ismaël Lô, a co-founder of the group, rejoined the band as a guitar player, but soon left again for his solo career.[4][5] According to Billboard Magazine, it was Senegal's "first truly local pop style." Many of the former members who later became solo artists made their break-through from this band.[6][7]

In 1972, Baïlo Diagne, Senegalese music manager and later manager of Super Diamono[8] was looking for a singer for his group Kadd Orchestra (or Cadd Orchestra)—which consisted of family members such as Cheikh Diange among others. By 1975, Diange's group was complete, and included members of Kadd Orchestra along with other Senegalese groups and musicians such as Omar Pene and Ismael Lô. That new group, which was principally an amalgamation of various bands—came to be known as "Super Diamono" (meaning "generation" in Wolof).[1][3][7] Bob Sene (El Hadj "Bob" Sene), a bassist, is credited as the creator of Super Diamono, which in turn showcased the charismatic singers Omar Pene and Ismael Lô, then Mamadou Maïga and Moussa Ngom.[9]

Diange's new group mostly consisted of musicians from Tropical Jazz and the Kadd Orchestra consisting mainly of Diagne's own family members. It was so family oriented that the group came to be referred to as the "Diange Ochestra" in its early years. In 1979 under a new name Super Diamono de Dakar, the group released their first album with Disques Griot (Griot Records) titled Géédy Dayaan. Critics such as Mazzoleni describe the album as "a rather tasteless mixture of rock, reggae, synthetic strings and “African percussion” influences"[1][3][7]

After years of working together, members left the group to create their own solo careers or set-up break-off groups such as Lemzo Diamono. Officially, the band broke up in 1991 but reassembled later by Pene. Since its founding, the band and Pene in particular have addressed issues of great interest to the youth, such as unemployment, corruption and inequality.[3]

The band has had various members over the years. Those who left were replaced by new members. The list below are some of the former members (not necessarily serving in the same year(s)). 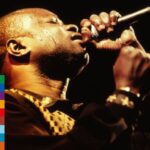