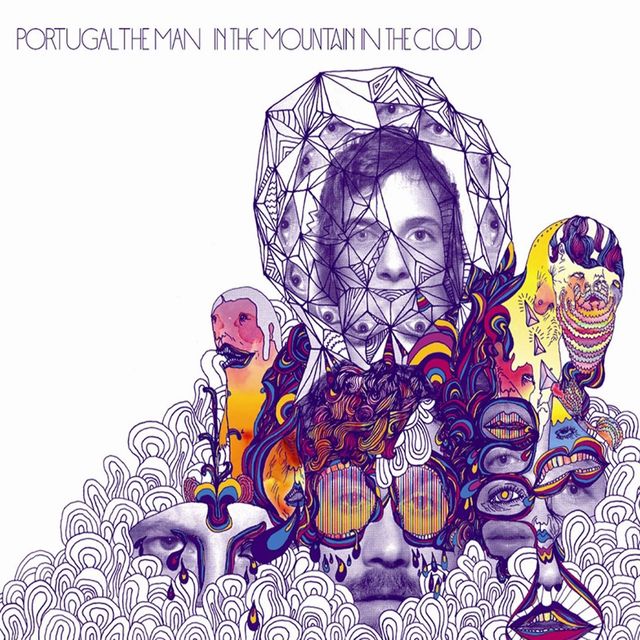 Portugal. The Man ‎¦ In The Mountain In The Cloud

Veröffentlichung In The Mountain In The Cloud:

Hörbeispiel(e) In The Mountain In The Cloud:

In The Mountain In The Cloud auf Wikipedia (oder andere Quellen):

2011 studio album by Portugal. The Man

In the Mountain in the Cloud is the sixth studio album by Alaskan psychedelic rock band Portugal. The Man. It was recorded over a period of eight months, and produced by John Hill, the band’s frontman John Gourley, and Casey Bates. The album was released on July 19, 2011 through Atlantic Records and is Portugal. The Man’s major-label debut.

The album was promoted by the singles „Got It All (This Can’t Be Living Now)“ and „So American“. It received favorable reviews from music critics, and charted in the US, Austria, Germany and Switzerland.

In the Mountain in the Cloud is Portugal. The Man’s major-label debut, as the band was signed to Atlantic Records in April 2010,[3][4] shortly after the release of its fifth studio album American Ghetto, the creation of which took only 10 days.[5]

Portugal. The Man started the relationship with the label by lying that the songs for the sixth studio album were ready. As the band had a more „generous“ timeline than in the past, they went to Seattle to work on some songs, and came out with only one. Then they joined producer John Hill in a studio in El Paso, where they managed to write one song, „Floating (Time Isn’t Working My Side)“. The band members noticed that for the first time they weren’t able to communicate,[4][5] and decided they needed some space to regroup.[5] Hill and singer/songwriter John Gourley went to New York, while other members of the band returned to Portland. Gourley would call them to say what he needed, and they would record and e-mail, however, the distance complicated communication even further. In a midway of the creative process, Gourley said to Hill during an argument that he was going to quit the band and „go back to Alaska and build houses.“[4]

In an interview with MTV News, Gourley said that the band „wrote the album, did pre-production and then everything fell apart.“ The band would go into the studio, „mess everything up,“ leave the studio to go on tour, and then try again.[6] „All Your Light (Times Like These)“ was written in San Diego, „Head Is a Flame (Cool With It)“ – in Los Angeles, and „Sleep Forever“ was written in Seattle, where the band worked with an old friend, producer Casey Bates. After several months of struggle the record started to take shape. The recording of In the Mountain in the Cloud was wrapped in March 2011, after eight months.[4]

On May 17, 2011, four versions of pre-order packs were made available, all with an immediate download of the song „Got It All (This Can’t Be Living Now)“. „Just the Music“ pack consisted of a deluxe edition CD, a vinyl or digital download. In addition to the CD, white vinyl or digital download, „Deluxe Pack“ also had a T-shirt, while „Premium Pack“ included a T-shirt, a set of three Field Journals and two patches. A „Limited Edition Pack“, consisting of a specially packaged CD and white vinyl, digital download, T-shirt, lithograph and the set of three Field Journals and two patches, was also released in a number of 500 copies.[citation needed]

On May 27, 2011, Portugal. The Man posted these samples for streaming via SoundCloud.

On June 6, 2011, Portugal. The Man released a short film entitled „Sleep Forever“ via IFC. The film acted as an extended music video for the songs „Sleep Forever“ and „Got It All (This Can’t Be Living Now)“. The film depicted frontman John Baldwin Gourley on a dog-sled, riding through the Alaskan wilderness. At one point, the dogs go missing and John runs off to look for them. He trips in the snow and his gun discharges and kills him. While lying in the snow, one of his missing dogs starts to eat John while he sings „Got It All“. During that song, the scene switches from the dog eating John and him singing in an igloo behind a fire. Then, the camera sets on a mountain side with three strange lights and ends. A bit of the footage was originally shown in the 30-second previews for „Once Was One“, „All Your Light (Times Like These)“, „So American“ and „You Carried Us (Share With Me The Sun)“.

At one point, before the album was released, you could purchase Portugal. The Man iPhone cases.

The artwork for the Deluxe edition of the album is a fold-out layout, the same as their 2009 album The Satanic Satanist.

The album has gathered generally favorable reviews from music critics. At Metacritic, which assigns a normalized rating out of 100 to reviews from mainstream critics, the album received an average score of 73, based on 13 reviews.[8]

All tracks are written by John Baldwin Gourley. 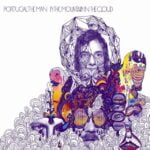