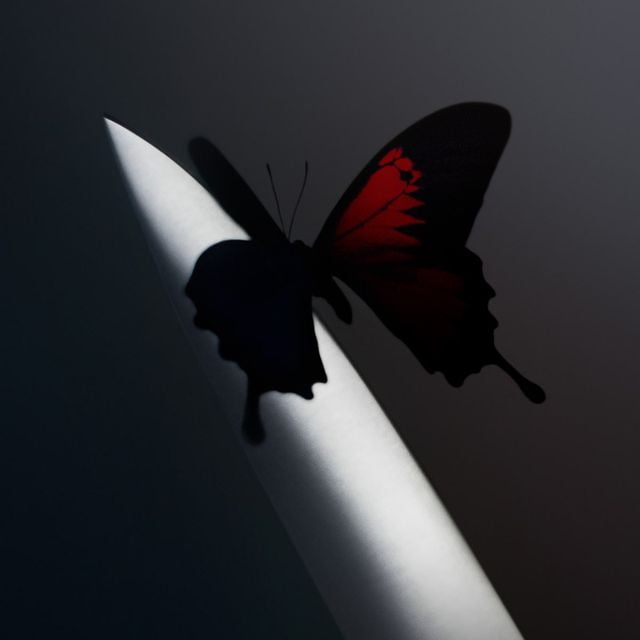 Twelve Carat Toothache is the fourth studio album by American rapper and singer Post Malone. It was released on June 3, 2022, through Mercury Records and Republic Records. The album contains 14 tracks and includes guest appearances from Roddy Ricch, Doja Cat, Gunna, Fleet Foxes, the Kid Laroi, and the Weeknd.

On April 24, 2020, Malone announced that a new album is in progress during a live stream performance.[1][2] On July 21, 2020, Post Malone was interviewed by Wall Street Journal, in which he said:

To be honest, I think everyone in America is going a little bit crazy sitting at home all day. So I’ve gone a little bit crazy, and I wanted to take more steps outside of my comfort range and make music that I think — to me — is some of the best I’ve made. I probably say that every album cycle, but for me it feels so special. I want to make an album that will uplift and show that people are not alone in their times of loneliness and worry and that at the end of the day we all just need to show love to everyone on the planet and figure things out. So we’re working pretty hard, and I think we’re making some incredible stuff.[3]

On April 23, 2021, his manager, Dre London, shared that he and Malone had agreed that he would release two projects in 2021, which however, did not happen.[4] On January 10, 2022, London revealed that Twelve Carat Toothache had been completed and was ready to be released, but said that Republic Records and its parent label, Universal Music Group, had been delaying its release.[5]

On January 26, 2022, Malone was interviewed by Billboard. He felt that the songs on the album „speak more to how I’m feeling at the moment: the ups and downs and the disarray and the bipolar aspect of being an artist in the mainstream“. American record producer Louis Bell, a close friend and frequent collaborator of Malone, felt that it blends „molten lava and fire“ and „cyan blues and whites“. Due to the COVID-19 pandemic, Malone was unable to go on tour, which did not really motivate him to make as much music. The album contains 14 songs and runs for 43 minutes, making it Malone’s shortest album to date.[6]

On April 11, 2022, Malone’s manager Dre London announced via Instagram that the album would be released in May 2022.[7] On April 23, 2022, Malone took to Instagram live, previewing some of the album’s songs. Among those songs, he played „Love/Hate Letter to Alcohol“, a collaboration with Fleet Foxes’s Robin Pecknold, which details Post’s‘ „struggle with alcohol“. Malone said the band is one of his favorites, and praised Pecknold as „the most beautiful fucking vocalist“. Post described „Wasting Angels“, featuring the Kid Laroi, as being about „a celebration of life and a human spirit to be able to fight no matter what“. He also previewed a song called „Wrapped Under Your Finger“, as well as the Doja Cat-assisted „I Like You (A Happier Song)“, which sees the two „playfully“ going back and forth.[8][9] On April 27, 2022, Malone announced that the album will be released on June 3, 2022.[10] On May 14, 2022, he appeared as a musical guest on Saturday Night Live and performed „Cooped Up“ with Roddy Ricch, as well as „Love/Hate Letter to Alcohol“, joined by Fleet Foxes. Malone had previously confirmed that he had worked with Fleet Foxes frontman Robin Pecknold on a song for the album.[11]

On November 2, 2021, Malone and the Weeknd posted a 7-second snippet of the song titled „PM&TW-ORN-Update.5.nonhyped.w1.mp3“ on their Instagram accounts.[12] The post received over 150,000 likes in just an hour.[13] While it was initially unknown what the title of the song was going to be, Malone’s manager Dre London revealed that the collaboration would be titled „One Right Now“.[14] On November 5, 2021, Malone released „One Right Now“ with the Weeknd, as the lead single from the album.[15] The song marks the first time the artists appeared on a song together.[16][17] The song was produced by Louis Bell, Brian Lee, and Andrew Bolooki. It debuted and peaked at number six on the Billboard Hot 100, spending 26 weeks on the chart.[18] Malone released the album’s second single, „Cooped Up“ with Roddy Ricch, on May 12, 2022.[19] 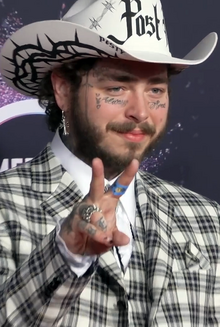 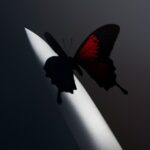