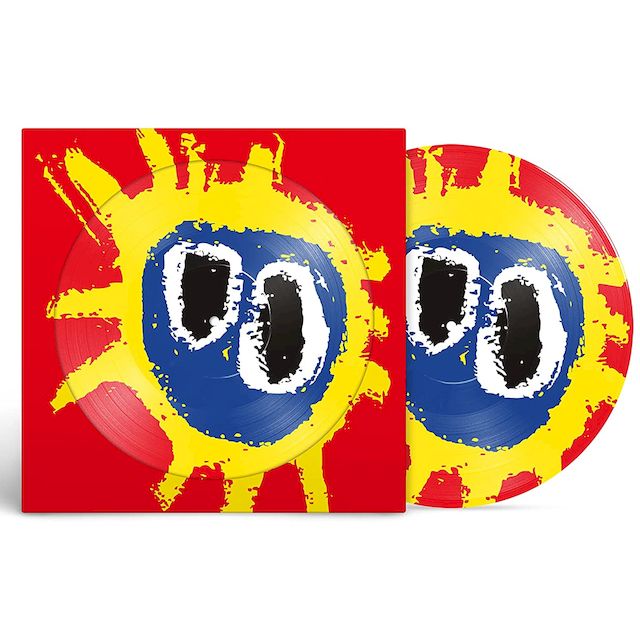 Screamadelica is the third studio album by Scottish rock band Primal Scream. It was first released on 23 September 1991 in the United Kingdom by Creation Records and on 8 October 1991 in the United States by Sire Records. The album marked a significant departure from the band's early indie rock sound, drawing inspiration from the blossoming house music scene and associated drugs such as LSD and MDMA. Much of the album's production was handled by acid house DJ Andrew Weatherall and engineer Hugo Nicolson, who remixed original recordings made by the band into dance-oriented tracks.[9]

Screamadelica, featuring Manchester born singer Denise Johnson, was the band's first album to be a commercial success, peaking at number eight on the UK Albums Chart upon its release.[10] It received universal praise from critics, and has been frequently named one of the best albums of the 1990s in various polls. It won the first Mercury Music Prize in 1992,[11] and has sold over three million copies worldwide.

When asked what were his influences for Screamadelica, singer Bobby Gillespie said that Primal Scream were like a rock'n'roll band who had quite diverse taste. Many genres interested them like free jazz, funk, soul, country, blues, electronic music, post-punk, ambient music and psychedelic music from the 1960s.[12] When naming the post-punk bands he listened to during his formative years, he explained: "a lot of those ideas are entrenched in Primal Scream, and maybe the last great rock bands were Siouxsie and the Banshees, the Buzzcocks and Joy Division. [...] The ideas in the music and the lyrics for those three bands completely influenced Primal Scream".[12] Screamadelica was also influenced by the Beach Boys' album Pet Sounds (1966). Gillespie says that after discovering the album, their songs became much softer.[13] Gillespie has also cited Nico's album The Marble Index as a major influence when they were making Screamadelica, claiming he "listened to [it] all the time."[14] The band were also "big fans of '70s reggae and dub. These 12” sounded like dub records".[12]

Drawing inspiration from the acid house scene,[12] which was blossoming at the time, the band enlisted house DJs Andrew Weatherall and Terry Farley on producing duties. Weatherall and Gillespie bonded over "Thin Lizzy, dub-reggae, Mott The Hoople, disco music" and they were both attracted by "industrial, experimental funk".[12] The band loved the fact that Weatherall was a DJ who had never been a producer at the helm in a studio before.[12] Gillespie commented on: "It was just this natural talent to make this music and structure and arrange music in a way that we’d never heard before. So he could take our songwriting and our instrumental[s] [...] And the melodies and the gospel singers and the strings and the slate guitars, we played a lot of synthesisers as well. [...]". Weatherall selected the parts he liked and rearranged it: "he was really great at taking all this stuff and rearranging it and making it into this fantastic music". Acid house gave him an opportunity to work with the band.[12]

"Loaded" was the first track on which Weatherall took part.[12] He began remixing "I'm Losing More Than I'll Ever Have", from their previous album, and the resulting track disassembled the song, adding a drum loop from an Italian bootleg mix of Edie Brickell's "What I Am" and a sample from the Peter Fonda B movie The Wild Angels.

Although the band wrote a track also called "Screamadelica", it does not appear on the album. The ten-minute dance track was also produced by Weatherall and sung by Denise Johnson. It appears on the Dixie-Narco EP, released in 1992, and is featured in the opening credits of the now rare Screamadelica VHS video tape.

The album cover for Screamadelica was painted by Creation Records' in-house artist Paul Cannell.[15] Cannell was inspired by a damp water spot he'd seen on the Creation Records offices ceiling after taking LSD.[16]

Screamadelica was among ten album covers chosen by the Royal Mail for a set of "Classic Album Cover" postage stamps issued in January 2010.[17][18]

The lead single "Loaded" had reached the top 20 in the UK Singles chart in early 1990.

Screamadelica was released on 23 September 1991 in the UK. It reached number 8 on the UK Albums Chart,[19] and was later certified platinum by the British Phonographic Industry.[20] The album has sold 715,000 copies as of September 2020.[21] The single "Movin' on Up" was the band's breakthrough hit in the United States: as it was heavily played on alternative rock radio, it peaked at number 2 on the Billboard Modern Rock Tracks chart. It also reached number 28 on the Billboard Mainstream Rock Tracks chart as it was played on rock radio stations.

Screamadelica was very well received by critics. In a contemporary review for Spin, Simon Reynolds found the record "totally mind-blowing" whose best songs were "almost unclassifiable".[32] AllMusic writer Stephen Thomas Erlewine called Screamadelica "an album that transcends its time and influence."[22] AllMusic lists the album as the band's best. It was voted number 135 in Colin Larkin's All Time Top 1000 Albums 3rd Edition (2000). Pitchfork praised the album on their 2003 list of the "Top 100 albums of the '90s," saying: "Screamadelica's atmospheric and imaginative hybrid of past, present and future captured its moment in vivid color and splendor, and it still radiates with a kaleidoscopic glow."[33] Robert Christgau of The Village Voice, on the other hand, assigned it a "neither" rating, indicating an album that does not warrant repeated listening despite coherent craft and one or two highlights.[34]

"Movin' on Up" was used on the previous Telewest Broadband commercials before Virgin Media bought them out. Subsequently, Bacardi spirits used the song on a UK television ad. The song was also featured in the popular game Grand Theft Auto: San Andreas on alternative radio station Radio X. A Northern soul version was also recorded by Edwin Starr for the cult British surfing film Blue Juice. Kellogg's used the song in an advert for their cornflakes in c. 2011.

Guy-Manuel de Homem-Christo of French electronic duo Daft Punk, who drew inspiration from the rock and acid house in the United Kingdom during the early 1990s, referred to Screamadelica as the record that "put everything together in terms of genre".[49]

For the album's 30th anniversary in 2021, Fender created a limited run of custom Stratocasters depicting the album's artwork on the body.[50]

To commemorate the 20th anniversary of the release of the album, Primal Scream performed the entire album live at Olympia London in West London on 26 and 27 November 2010. The performance included a full gospel choir and horn section.[51] The first of these gigs was broadcast live on BBC 6 Music, presented by Steve Lamacq.[52] These gigs were followed by a UK tour in March 2011, where the band performed the album in full.

All tracks are written by Bobby Gillespie, Andrew Innes and Robert Young, except "Slip Inside This House" written by Roky Erickson and Tommy Hall.

All tracks are written by Bobby Gillespie, Andrew Innes, and Robert Young, except "Carry Me Home" written by Dennis Wilson and Gregg Jakobson.

All tracks are written by Bobby Gillespie, Andrew Innes, and Robert Young, except "Cold Turkey" written by John Lennon, and "No Fun" written by Dave Alexander, Ron Asheton, Scott Asheton, and Iggy Pop. 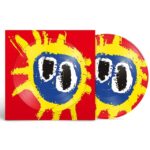