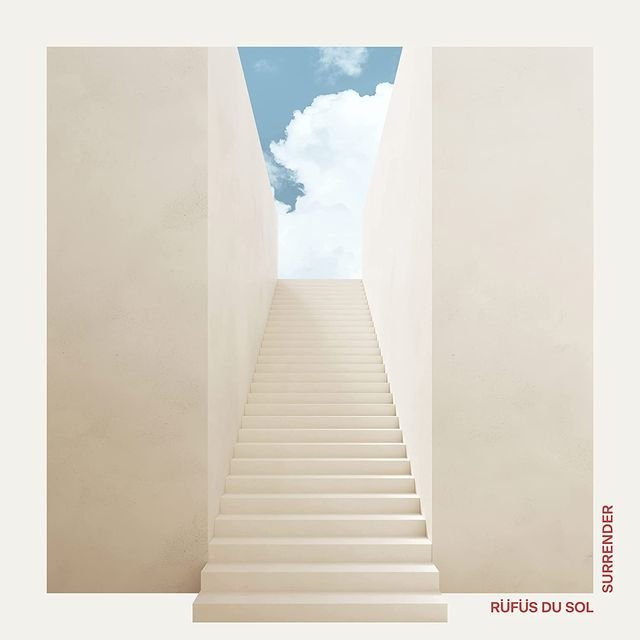 Upon announcement on 24 September 2021, Tyler Jenke from Rolling Stone Australia said "Working from a DIY ground floor Hollywood apartment studio, the resulting record is one that sees three artists bonding via music, transcending the intimacy of the world they built together as they explore new ground in terms of boldness and bravery. In short, Surrender is the most accomplished and special Rüfüs Du Sol record to date."[2]

At the J Awards of 2021, the album was nominated for Australian Album of the Year.[3]

Ryan Middleton from Magnetic Mag said "Sonically, there are some similarities with Solace. It captures the dark, brooding side of their work with some thumping house beats underneath on many of the songs to provide danceable heartbreak anthems." Middleton concluded saying "Rüfüs Du Sol delivers the goods again for their fans with Surrender. There are the bright, soaring and cheery moments that explode out of the speakers, in addition to the heartbreak and chugging beats that underpin much of the record. They have mastered the live feeling of progressive, melodic and dancefloor-ready electronic music."[7]

Cat Woods from NME Australia said the trio "...offer atmospheric optimism but nothing new" adding "[the album] is full of mantras, feel-good schmaltzy lyrics that would sound false and forced in less adept hands. But Rüfüs Du Sol know the power of house music, with its rich, pulsating percussion and immersive synths, can make even the silliest of mantras sound like euphoric sermons."[6]

In New Zealand, Surrender debuted at number 27 on the RMNZ Top 40 Albums Chart for the chart dated 1 November 2021.[9] The following week, the album fell out of the top 40.[10] "I Don't Wanna Leave" and "Make It Happen" debuted at numbers 10 and 38 respectively, following the album's release.[11] Both songs dropped out one week later.[12]

All songs written and produced solely by Rufus Du Sol, except where noted.

Rüfüs Du Sol, stylised as RÜFÜS DU SOL and formerly known as simply Rüfüs (stylized RÜFÜS) from 2010 to 2018,[1][2] is an Australian group from Sydney, that consists of Tyrone Lindqvist, Jon George and James Hunt. Their debut album Atlas peaked at number one in Australia, while their second album Bloom debuted atop the Australian albums chart in early 2016. Their single "You Were Right" won the ARIA Award for Best Dance Release in 2015. While still known as Rüfüs elsewhere, they performed as Rüfüs Du Sol in the United States because Rufus was already taken. In 2018 they changed their name to Rüfüs Du Sol internationally.

The band formed consisting of Jon George, Tyrone Lindqvist and James Hunt in November 2010. On 1 January 2011 they released their debut EP Rüfüs.[3] "We Left" their debut single was released on 25 July 2011.[4] Two tracks from the EP, "Paris Collides" and "We Left" reached Nos. 8 and 13 on the Hype Machine charts simultaneously, while the video for "We Left" was nominated as one of 12 finalists internationally in the 2012 Vimeo awards for best music video.[5]

In June 2015, RÜFÜS released "You Were Right", the lead single from their forthcoming second album. It peaked at number 22 on the Australian ARIA Singles Chart and was certified double platinum. The album Bloom was released in January 2016 and become the band's second number-one album.

In May 2018, the band changed its Australian name to Rüfüs Du Sol. Lead singer Tyrone Lindqvist explained the name change: "I guess we don't really know any other bands that have two names throughout the entire world so it just seemed fitting."[2] They released "No Place" on 25 May 2018. They later released the singles "Underwater" and "Lost in My Mind", along with announcing their third album Solace.[14] A remix album was released in September 2019. At the ARIA Music Awards of 2019, Solace was nominated for three ARIA Music Awards.[15]

The APRA Awards are held in Australia and New Zealand by the Australasian Performing Right Association to recognise songwriting skills, sales and airplay performance by its members annually. Rüfüs Du Sol has been nominated for one award.[57][58]

The annual ARIA Music Awards have been presented since 1987 by the Australian Recording Industry Association (ARIA). RÜFÜS/Rüfüs Du Sol have won four awards from twenty nominations.[59]

The Electronic Music Awards is an annual award show with an emphasis on the electronic music genre. It commenced in 2017. Rüfüs Du Sol have won two awards from three nominations.

The Grammy Awards are an annual award ceremony presented by The Recording Academy, recognising achievements in the music industry.

The Rolling Stone Australia Awards are awarded annually in January or February by the Australian edition of Rolling Stone magazine for outstanding contributions to popular culture in the previous year.[71] 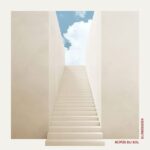