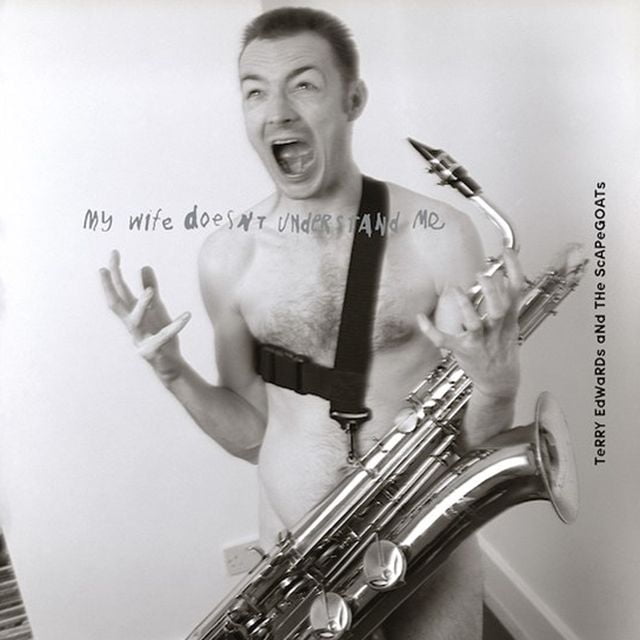 Terry Edwards & The Scapegoats ¦ My Wife Doesn’t Understand Me

Veröffentlichung My Wife Doesn’t Understand Me:

Hörbeispiel(e) My Wife Doesn’t Understand Me:

My Wife Doesn't Understand Me

British musician
Not to be confused with Terry Darnell Edwards.
Musical artist

Edwards gained a degree in music from the University of East Anglia in 1982,[2] where he was also a founding member of The Higsons. He produced and played on the debut album by Yeah Jazz called Six Lane Ends. He has subsequently[when?] performed and released records both as a solo artist and with his band The Scapegoats. He has played as a session musician and as a collaborator with Derek Raymond (on the Dora Suarez album),[3] Madness, Mark Bedford, Tindersticks, Spiritualized, Siouxsie, The Creatures, Nick Cave, The Jesus and Mary Chain, Department S, Lydia Lunch, Faust, Snuff, Tom Waits, Jack, The Blockheads,[4] Hot Chip,[5] and Robyn Hitchcock.

Edwards joined Gallon Drunk in 1993, staying with the band through the recording of three albums.[6] Also in 1993 he made a guest live appearance with PJ Harvey, later in 1997, he was a guest studio musician for the band.

He collaborated with Lydia Lunch and other members of Gallon Drunk in Big Sexy Noise, and performed live with Lunch outside the band.[7][8] More recently he has performed with the David Bowie supergroup, Holy Holy.[when?]

Since around 2015, Edwards has performed with PJ Harvey and appeared on the group's 2016 album The Hope Six Demolition Project.[9][10]

He is also a member of The Near Jazz Experience with Madness bassist Mark Bedford & former Higsons drummer Simon Charterton.[11] 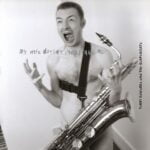