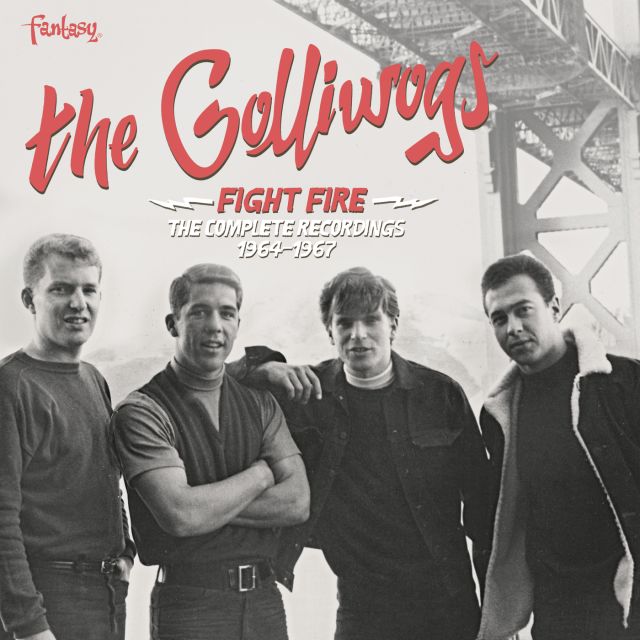 The Golliwogs were an American rock band that later evolved into Creedence Clearwater Revival.[1] After previously playing as The Blue Velvets (alternatively Tommy Fogerty and The Blue Velvets or The Blue Violets) beginning in 1959, the band changed its name to The Golliwogs in 1964. Over the next three years they released a string of singles written by brothers Tom and John Fogerty. They became Creedence Clearwater Revival in 1967, an incarnation in which they would enjoy great commercial and critical success.

The band started out in 1959, as an instrumental trio called The Blue Velvets.[2] The original line-up was John Fogerty (guitar), Stu Cook (piano), and Doug Clifford (drums). In 1960, John's older brother Tom, who had been in local bands since 1958, began singing with the group.

The Blue Velvets released three singles in the San Francisco Bay area, during 1961 and 1962, on Oakland's Orchestra Records. These recordings received only minimal[clarification needed] sales although the second Blue Velvets single was added to Oakland's KEWB top 40 playlist by disc jockey Casey Kasem, who was employed at the station.

In the middle of 1964, the band recorded two songs for Fantasy Records, a local label based in San Francisco. The band was attracted to Fantasy because, in 1963, it had released a national hit by Vince Guaraldi, "Cast Your Fate to the Wind".[3] Max Weiss, one of Fantasy's co-owners, initially changed the group's name to The Visions, but when their songs were released as a single in November 1964, Weiss renamed them The Golliwogs, an apparent reference to a once-popular minstrel doll called a Golliwog.[1] Seven singles were released in the San Francisco Bay area. For the composing credits on the first six singles, the Fogerty brothers adopted the pseudonyms "Rann Wild" and "Toby Green", and all songs were credited to Wild and Green.[4]

While none of the Golliwogs' singles broke out nationally, one, "Brown-Eyed Girl", was a near break-out in Miami, Florida, for four weeks beginning on February 26, 1966, when it reached No. 10 on Billboard's "Regional Breakout" chart for Miami (a chart one level below their Bubbling Under charts).

Eventually, John Fogerty took control of the group, writing all of their material, singing lead vocals, and blossoming into a multi-instrumentalist who played keyboards, harmonica, and saxophone in addition to lead guitar. By 1967, he was producing the group's recordings.

The group's final single, "Porterville", was issued in late 1967, with John Fogerty writing both sides of the single as "T. Spicebush Swallowtail".

In 1975, Fantasy released Pre-Creedence, a compilation album of recordings by The Golliwogs. Fantasy also included an extensive collection of Blue Velvets and Golliwogs recordings in their 2001 CCR box set. Notably, the Blue Velvet tracks "Yes You Did" and "Now You're Not Mine" are not included, as they are thought to be lost to time.[citation needed]

As Tommy Fogerty & the Blue Velvets

As Tommy Fogerty & the Blue Violets 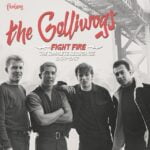