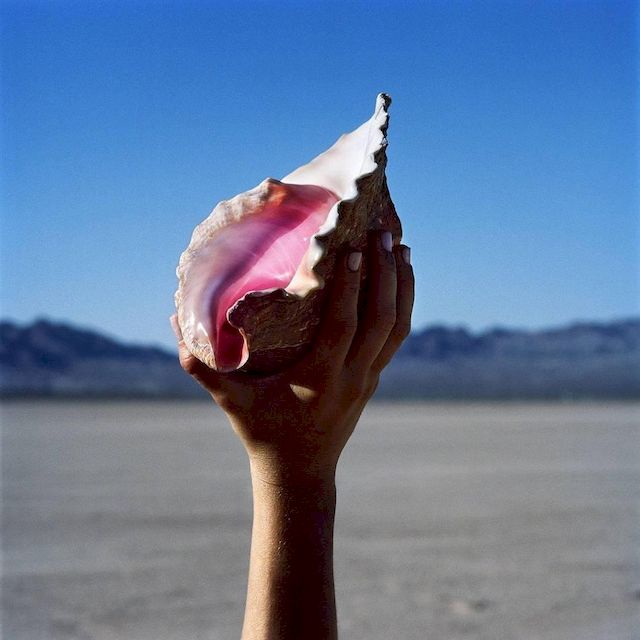 Wonderful Wonderful is the fifth studio album by American rock band the Killers. It was released on September 22, 2017, by Island Records.[4] It is their first studio album in five years, since Battle Born (2012), and their fifth consecutive studio album to top the UK Albums Chart. It is also their first album to top the Billboard 200, moving 118,000 album-equivalent units in its first week. Wonderful Wonderful was the Killers' final album to feature lead guitarist Dave Keuning until Pressure Machine, which was released on August 13, 2021.[5][6]

Brandon Flowers revealed in May 2015 that he and Dave Keuning were exchanging ideas for the Killers' fifth studio album. The four members reconvened in October 2015, a few months earlier than originally planned.[7] The band began working on the album at their own Battle Born Studios and also rented houses in Joshua Tree National Park and San Diego. They briefly recorded with Ryan Tedder and other producers in Los Angeles before beginning to work with Jacknife Lee, who had been recommended to them by U2 frontman Bono. Lee worked with the band between September 2016 and May 2017 at his home studio in Topanga, California, and at National SouthWestern Recording studios in Las Vegas, Nevada.[8] Lee produced all tracks on the album alongside the Killers, with additional production by Erol Alkan on "The Man" and Stuart Price on "Out of My Mind".

In May 2016, it was announced that bassist Mark Stoermer would take an extended break from touring with the band. However, he continued work on the album, forging many of the tracks alongside Flowers. "He stopped touring with us and it ended up being a blessing for the band. He was much more eager to go to the studio, he felt like he had a monkey off his back, he really contributed a lot to this record."[9][10] Keuning also announced a hiatus from touring in August 2017, shortly after the album's recording, although he would remain a member of the band.[11][12]

After celebrating the 10th anniversary of their second album Sam's Town by holding a few concerts, Flowers realized they wanted to make an actual record and not just "slap a bunch of songs together". He stated Wonderful Wonderful is the closest thing they have done to their 2006 album.[13] According to him, the idea for the title of the album came when he was in the desert and saw a storm coming: "I thought 'wonderful, wonderful' and I was able to use it in a song that I wrote with Mark, our bass player, and it ended being an important part of the record."[14]

The Killers enlisted Mark Knopfler for a guitar part on "Have All the Songs Been Written?". Australian musician Alex Cameron contributed lyrics to some tracks, including "Run for Cover", which was originally written for the band's third studio album, Day & Age (2008).[13]

Lyrically, the album is about what it means to be a man, as Flowers revealed on an interview with Entertainment Weekly: "In your head it's about being tough and bringing home the bacon, but what I've come to find is it's really more about empathy and compassion." He explained how the song "Tyson vs Douglas" was inspired by the 1990 boxing match between Mike Tyson and Buster Douglas, where he explores what it is like to watch a hero fall.[13] For NME magazine, Flowers shared that the lyrics of the album are "the most personal and bare" that he has ever been: "I'm looking in the mirror on this record and focusing a lot on my own personal experiences. Instead of just drawing upon all these experiences and maybe using them in other songs, I am going straight for it with this and singing about my life and my family and that's something different for me."[15]

The track "Rut" was inspired by the struggle of Flowers' wife Tana with PTSD. He said: "Usually I feel protective of her but I decided to take it head on. So 'Rut' is about her submitting to it. That doesn't mean that she's gonna let it beat her, but rather that she's gonna finally acknowledge that it's there and promise to break this cycle." Flowers also added that putting his wife's battle into a song helped him understand better what she is going through.[16] "Have All the Songs Been Written?" was originally the subject line of an email Flowers sent to Bono, in the midst of a bout of writer's block, before the latter suggested it would make an excellent song title.[17]

"The Man" draws inspiration from the disco music of Kool & the Gang's "Spirit of the Boogie"; for this track, Ronnie Vannucci Jr. based his drums on "Peek-a-Boo" by Siouxsie and the Banshees.[18]

Starting on May 6, 2017, the band tweeted a series of photographs and short videos to tease the album's lead single.[19] Among the tweets was a photograph of Brandon Flowers wearing a silver jacket with gold lettering spelling out "The Man", which turned out to be the title of the song. On June 14, 2017, it was finally released as the first single from the album. BBC Radio 1's Annie Mac debuted the track as "Annie Mac's Hottest Record in the World".[20] The music video for "The Man" was released on June 28, 2017, and features a cameo by former Mayor of Las Vegas and current First Gentleman of Las Vegas Oscar Goodman.[21] "The Man" topped the Billboard Adult Alternative Songs chart and reached number two on the Alternative Songs chart.

On July 28, the band released the song "Run for Cover" as the album's first promotional single, which was made available as an instant download for pre-orders of the album.[22] On August 22, a music video for the song was premiered.[23] The song was later sent to contemporary hit radio in the United Kingdom on September 8, 2017, and to alternative radio in the United States on November 14, 2017, serving as the album's second single.[24][25]

The album's third single, "Rut", was serviced to UK hot adult contemporary radio on December 9, 2017.[31] On January 9, 2018, a music video for the single was released, directed by Danny Drysdale.

The title track and second promotional single "Wonderful Wonderful" was premiered on Beats 1 as Zane Lowe's World Record on August 24.[32] Nearly a year later on August 23, 2018, a music video was released for the title track. "Some Kind of Love" was released on September 15 as the third promotional single from the album, which was influenced by English musician Brian Eno.[33]

On the short tour the band embarked on in September 2017, the songs "The Calling", "Tyson vs Douglas", and "Life to Come" were played during the encore. The track "The Calling" featured a reading of a Bible verse from actor Woody Harrelson.[34]

Wonderful Wonderful received generally positive reviews from music critics. At Metacritic, which assigns a normalized rating out of 100 to reviews from mainstream publications, the album received an average score of 71, based on 25 reviews.[35]

AllMusic editor Stephen Thomas Erlewine wrote, "By this point, Flowers' obsessions and signatures are so idiosyncratic, he's clearly the auteur behind Wonderful Wonderful just as he was with The Desired Effect, and the record charms because its ridiculousness is sincere and his sincerity is ridiculous – two qualities that make him and his art messy and quite genuine." Writing a four-star review for NME, Barry Nicolson said, "As a songwriter, Flowers has never been particularly guarded about himself – he's neurotic, driven, sentimental and sometimes corny – but he bares more on 'Wonderful Wonderful' than ever before, and the result is the band's best album since 2006's 'Sam's Town'. It might get lonely at the top, but the Killers aren't going anywhere just yet."[40] A four-star review by The Guardian claims Wonderful Wonderful consists of the band's "best songs in a decade [...] This is certainly big music, which is all the better for its more intimate, touching soul."[38] Rolling Stone gave the album the same 3.5 star rating it gave Hot Fuss (2004) and Day & Age (2008).[42]

In a positive review, Niall Doherty of Q magazine described it as a "glossy indie-pop album with sonics as slick and glistening as a brand-new Vegas skyscraper".[2] In an enthusiastic review, Beat said: "Rather than releasing an album for the sake of putting out music, Wonderful Wonderful oozes intention, there are no filler songs, boring melodies or lazy lyrics – every detail of the record has been taken into consideration."[44] However, Pranav Trewn from Stereogum said the album "marks their most emphatic embodiment of purposelessness".[45] Will Hodgkinson's review for The Times was also critical of the album, claiming "Wonderful Wonderful has a sonic scale and production polish matched only by Bono and his world-saving stadium inhabitants, but it also displays U2's weakness for allowing grandiosity to smother intimacy of expression, alongside a desire to be all things to all people."[43] However, when Pitchfork critic Jason Green reviewed Wonderful Wonderful, he ultimately gave it the highest rating that any Killers studio albums had received to date from the publication and concluded, "With the Killers, greatness and ridiculousness go hand in hand."[41]

Entertainment Weekly named "Have All the Songs Been Written" as the 28th best song of 2017.[49]

Wonderful Wonderful debuted at number one on the US Billboard 200, becoming their first record to top the chart.[50] It moved 118,000 album-equivalent units, with 111,000 being pure album sales.[50] Selling 51,756 copies (including 2,711 from sales-equivalent streams) in the United Kingdom in its first week,[51] the Killers became the first international act to chart its first five studio albums at number one.[52] The first-week UK sales (and equivalent) figure exceeded the combined sales (and equivalent) of the rest of the top-five albums.[52] As of August 2020, the album had sold 182,853 copies in the UK.[53] Wonderful Wonderful also debuted atop the Australian albums chart.[54] In Canada, the album was the top-selling album of its debut week, but streaming factoring relegated it to a top-five charting.[55]

All tracks are produced by Jacknife Lee, except where noted.

Credits adapted from the liner notes of the deluxe edition of Wonderful Wonderful.[58]

“In a sense, all Americans are battle born. Our ancestors came here for something better.”