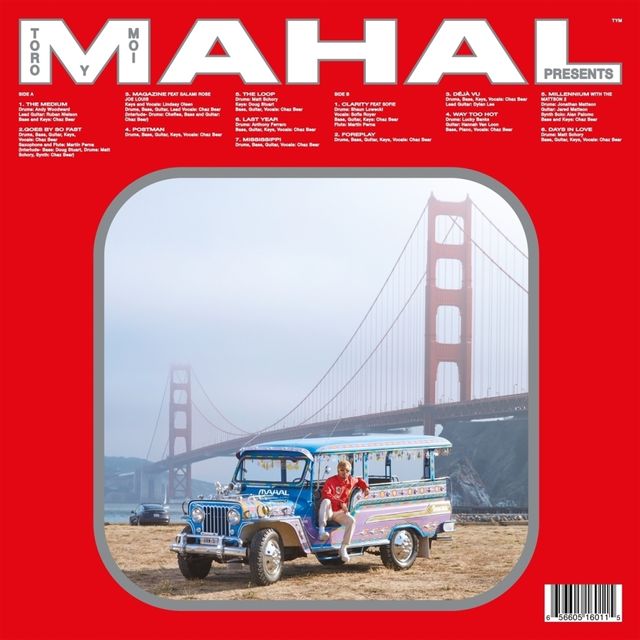 Mahal is the seventh studio album by American musician Toro y Moi, released on April 29, 2022, through Dead Oceans, as his first release under this label.[3][4] The title is derived from the Tagalog word „mahal“, which translates to „love“ or „expensive“ in English.[5]

Chaz Bundick (born Chazwick Bradley Bundick; November 7, 1986), known professionally as Toro y Moi, is an American singer, songwriter, record producer, and graphic designer. He is often recognized as a spearhead of the chillwave genre in the 2010s, alongside contemporaries Washed Out and Neon Indian, although his music has explored various styles since.[1] His stage name is a multilingual expression consisting of the Spanish words toro and y (meaning „bull“ and „and“, respectively) and the French word moi (meaning „me“).[2][3]

Chaz Bundick[4] was born on November 7, 1986, in Columbia, South Carolina,[5] to a Filipino mother and an African American father.[6] He attended Ridge View High School, where he formed the indie rock band the Heist and the Accomplice with three schoolmates.[7]

Bundick graduated from the University of South Carolina in spring of 2009 with a bachelor’s degree in graphic design. Late in his school career, Toro y Moi formed a close musical relationship with fellow chillwave artist Ernest Greene, who performs under the name Washed Out.[8]

In mid-2009, Bundick was signed to Carpark Records,[9] on which he released his debut Toro y Moi full-length album, Causers of This, in January 2010. On Causers of This, Bundick experimented with sampling and production techniques using the digital audio workstation Reason.[10] The album garnered comparisons to the „chillwave“ subgenre; however, Bundick stated that he never classified his music as such. Bundick refers to the album’s subject matter as „personal,“ calling it a „break-up album.“[11] Tours supporting Ruby Suns, Caribou, and Phoenix followed the album’s release.[12]

2011: Underneath the Pine and Freaking Out EP

Bundick’s second album, Underneath the Pine, was released on February 22, 2011.[13] The album was recorded at Bundick’s home between tours while supporting Causers of This. Underneath the Pine marked a stylistic departure from the previous album in that it was made up of all live instrumentation and contained no samples. Bundick cites horror movie soundtracks, space disco, and film composers Piero Umiliani and François de Roubaix as inspiration for the album’s sound.[11] Further, Bundick states that „...what influenced Underneath the Pine was finding stuff that I wanted to sample for Causers. A lot of the things I sampled for Causers ended up being the main musical inspiration for Underneath the Pine.“[14]

In an interview with the website At the Sinema, he suggested that he had moved beyond the chillwave genre: „All that stuff is really good music, like Ernest Green (Washed Out) and Neon Indian. I’m a big fan of all of that, but I think [chillwave] was just a small little period where we all were, coincidentally.“[15]

On September 13, 2011, Toro y Moi released an EP titled Freaking Out, featuring a cover of „Saturday Love“ by Cherrelle and Alexander O’Neal.[16] The EP’s sound was heavily influenced by 80’s Boogie and R&B.

The band was chosen by Caribou to perform at the ATP Nightmare Before Christmas festival that they co-curated in December 2011 in Minehead, England.[17] 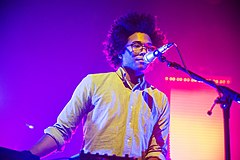 Toro y Moi performing at Koko in Camden Town in 2013

In January 2013, Bundick released his third Toro y Moi studio album, Anything in Return, which he described as having a ’90s dance and R&B sound. According to him, the album was „influenced by lots of different types of house, from deep house to two-step [...] The chords [‚Harm in Change‘ and ‚Say That‘] use—that’s just something I’ve been a fan of for a while. I really wanted to mess around with those kinds of elements and revisit what I did on Causers of This, but make those elements a little bit better and more apparent.“[18] The album was called „highly indebted to the late sacrosanct hip-hop producer J Dilla“ by the San Francisco Bay Guardian.[19] Bundick stated that he wanted to combine the electronic production of his first record with the elements of traditional instrumentation of his second album.[20]

Bundick released What For?, his fourth studio album as Toro y Moi, on April 7, 2015, on Carpark Records.[21] The album marked a further departure in sound from previous releases with a guitar-based rock sound, drawing inspiration from artists such as Big Star, Talking Heads, Todd Rundgren, Tim Maia, and Cortex.[22]

Later that year, Bundick released the hip hop–influenced mixtape Samantha via a Dropbox link. The free, 20-track mixtape features collaborations with Washed Out, Rome Fortune and Nosaj Thing, among others.

In April 2016, Bundick traveled with his touring band to the Mojave Desert to film a live concert film and album. The concert, which had no audience, was filmed in a single day among the Trona Pinnacles. The band added Bay Area multi-instrumentalist Brijean Murphy on congas, and were joined by The Mattson 2 to play the song „JBS“.[23] Bundick shared with The Fader that the film was inspired by Pink Floyd’s Live At Pompeii, which featured a live performance without an audience.[24]

The film, directed by Harry Israelson, premiered online in August 2016. The live recording was released as a double LP by Carpark Records in August as well.

The studio album follow up to What For?, Boo Boo, was released on July 7, 2017, by Carpark Records.[25] In creating Boo Boo, Bundick was influenced by an eclectic mix of Daft Punk, Frank Ocean, Travis Scott, and Oneohtrix Point Never.[26] Boo Boo moved back towards a more R&B, electronic sound, diverging from the live instrumentation of What For?.

Bundick released the sixth Toro y Moi album, Outer Peace, on January 18, 2019, on Carpark Records. Outer Peace is arguably the most pop-influenced Toro y Moi album to date. Tracks like „Ordinary Pleasure“ and „Freelance“ showcase the continued funk, disco, and house influence that is woven through the entire Toro y Moi discography. On First Listen with NPR in January 2019, Bundick explained a bit about the album title, stating that „usually the peace is within, so to have peace on the outside is the challenge. I kind of just wanted to call that out.“[27]

A week after the release of Outer Peace and while on tour supporting the album, Bundick shared a Dropbox link to a cassette bounce of his newest mixtape, Soul Trash. In October 2019, an updated version of Soul Trash was released on streaming platforms. The official release was accompanied by a psychedelic short film directed by Bay Area artist Laneya Billingsley.[28]

In late 2019, Bundick started working with Flume on the drum and bass-inspired track „The Difference“, which was released on March 11, 2020.[29] The song was nominated for a Grammy Award for Best Dance Recording for 2020.[30]

In October 2021, Bundick announced that he had signed with Dead Oceans to release the next Toro y Moi album in progress.[31]

On January 26, 2022, Bundick announced his seventh studio album as Toro y Moi, Mahal, alongside the release of its first two singles, „Postman“ and „Magazine“. Two more singles „The Loop“ and „Déjà Vu“ were released on February 22 and March 31 that year, respectively. The album was released on April 29 via Dead Oceans.[32]

Bundick DJs and makes electronic dance music under the moniker Les Sins. As Les Sins, Bundick has put out a series of 12″ records on Carpark Records and Jiaolong Records.[33][34] Bundick stated that Les Sins „was just another way to make weirder music without having to feel I’m alienating Toro y Moi [fans]. So it’s kind of nice to do whatever kind of song I want to do without having to worry about it being accessible.“[35] Les Sins’s debut full-length album, Michael, was released on November 4, 2014, on Bundick’s own Company Records (now called Company Studio).[36] The next Les Sins release was a split EP with New York house music producer AceMo called C’mon Les‘ Go, released on August 27, 2020, by Company Studio.

Bundick produces and performs ambient music as Plum. The first Plum release was a self-titled single-track tape that came out on Leaving Records on September 28, 2016. The next Plum release was a full-length called StreetView released on Company Studio on October 24, 2020. StreetView’s release was accompanied by the debut of an immersive website, plum.link, that paired streaming of the album with drone footage and effects that enhanced the experience of the music.[37]

Bundick released a collaborative album, Star Stuff,[38] with The Mattson 2, a jazz duo from California. Star Stuff was released on Company Records on March 31, 2017, and subsequently reached #1 on the contemporary jazz Billboard Charts.[39] While touring together in support of Star Stuff, Bundick and the Mattson 2 performed their collaborative album alongside existing songs from Toro y Moi’s catalog.

Company Studio is also the name of Bundick’s record label, an imprint under Carpark Records, on which he releases his own side projects as well as records by selected artists that he has produced.

Bundick lives and works in the San Francisco Bay Area, where he moved after leaving South Carolina. On June 27, 2017, the city of Berkeley, California officially declared June 27 to be ‚Chaz Bundick Day‘. This public recognition of Bundick’s contribution to music and the arts was presented by Jesse Arreguin, Mayor of Berkeley.[41] 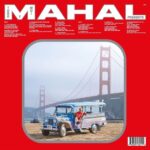