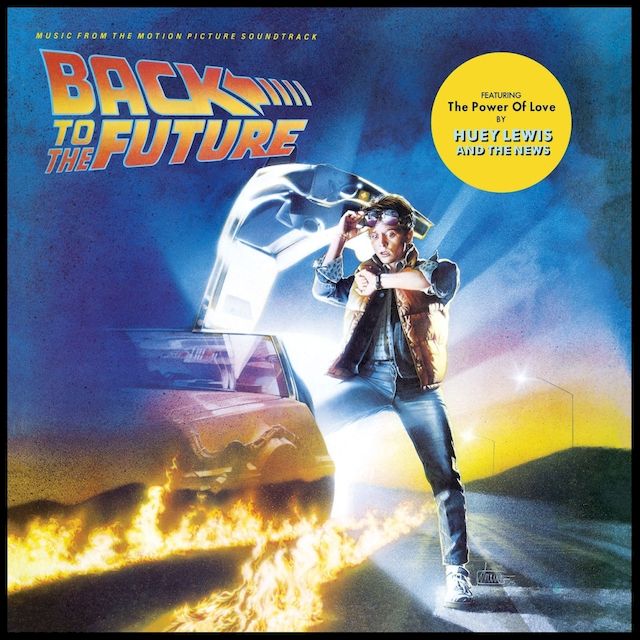 Various ¦ OST Back To The Future

Veröffentlichung OST Back To The Future:

Hörbeispiel(e) OST Back To The Future:

OST Back To The Future auf Wikipedia (oder andere Quellen): 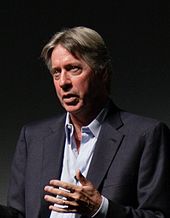 Alan Silvestri composed the scores for the entire Back to the Future film series.

Back to the Future

Back to the Future: Music from the Motion Picture Soundtrack is the soundtrack album to the film of the same name, released on July 8, 1985 by MCA Records. The soundtrack includes two tracks from American composer Alan Silvestri's score for the film, two pop tracks from American rock band Huey Lewis and the News, two songs played by the fictional Marvin Berry and The Starlighters, one played by the fictional Marty McFly with The Starlighters, and two pop songs that are very briefly heard in the background of the film.

"The Power of Love" was released as the album's lead single on June 1985, becoming Huey Lewis and the News's first chart topper on the US Billboard Hot 100, as well as being certified Gold and nominated for an Academy Award for Best Original Song.[2] The soundtrack spent nineteen weeks on the Billboard 200, peaking at number twelve in October 1985.[3]

American rock band Huey Lewis and the News performed "The Power of Love" and "Back in Time". Huey Lewis was approached to write a theme song for the film.[4] He met with Bob Gale, Steven Spielberg, and Robert Zemeckis, from the film's production team, who intended that the band be Marty's favorite band. Though flattered, Lewis did not want to participate because he did not know how to write film songs and did not want to write one called "Back to the Future".[4] Zemeckis assured Lewis he could write any song he wanted. Lewis agreed to submit the next song he wrote, which was "The Power of Love". The lyrics do not make any mention of the film's storyline.[4]

Lewis was asked by Zemeckis to write one more song for the film’s end credits, which came to be "Back in Time".[4] Unlike "The Power of Love", the lyrics for "Back in Time" center around the movie’s story points. In an interview with People in 2015, Lewis states: "Sean [Hopper], [Chris] Hayes and I put together "Back in Time" – and it turned out that it’s actually quite easy to write for film! In a way, it’s easier, in that you don’t have to invest yourself in it. So that was a lot of fun, actually."[5]

"Johnny B. Goode", written by Chuck Berry, is performed by the characters Marty McFly and Marvin Berry and the Starlighters in the film, with lead vocals provided by Harry Waters Jr. as Marvin Berry, Mark Campbell as Marty McFly and the guitar solo by Tim May. Campbell and May received a "special thanks" acknowledgment in the film's end credits, with the recording credit going to the fictional characters [6]Campbell did not receive credit as the filmmakers wanted to create the illusion that Fox was singing. When music supervisor Bones Howe learned of this, he secured Campbell a small percentage of the soundtrack revenue as compensation.[7] Berry withheld permission to use "Johnny B. Goode" until the day before filming. He was paid $50,000 for the rights.[8]

In the film, Marvin Berry, a fictitious cousin of Chuck Berry, phones Chuck and lets him listen to the music. The real "Johnny B. Goode" was released in 1958, three years after the time it is played in the film.[9]

Huey Lewis portrays a high-school band audition judge who rejects Marty McFly's band, the Pinheads, as they perform the short instrumental hard-rock version of "The Power of Love". Lewis stated that his character was inspired by a Chrysalis Records executive.[4]

Songs in the film but not included on the soundtrack album:[10]

The tracks are not presented in the order they appear in the film. In chronological order, the track listing goes: 1, 2, 7, the first 90 seconds of 6, 8, 9, 10, the remainder of 6, 4, 5, and 3. "Back to the Future Overture" is made up of the following cues as released on the subsequent score album:

Back to the Future: Intrada Special Collection is a soundtrack album to the film Back to the Future, released by Intrada Records on November 24, 2009. Unlike the original 1985 soundtrack, this limited two-disc release contains Alan Silvestri's complete score for the film. The first disc contains the complete orchestral score for the film, along with two source cues that Silvestri wrote. The second disc contains alternate approaches that Silvestri took with a large portion of the score, with a darker and more serious tone. The two-disc set had a limited release of 10,000 units and sold nearly 6,000 units by the end of January 2010.[18]

The soundtrack was reissued on October 12, 2015 as a single-disc release, titled Back To The Future: Original Motion Picture Soundtrack (Expanded Edition), to commemorate the film's 30th anniversary.[19] This release only contains the music on disc one of the two-disc set.[20]

Alan Silvestri composed the film score for Back to the Future; he had previously worked with director Robert Zemeckis on Romancing the Stone. The only direction Zemeckis gave him was "it's got to be big". Silvestri used an orchestral score to create a sound that contrasted with the small-town setting and the significant time-changing events occurring within it. He wanted a heroic theme that would be instantly recognizable in just a few notes.[21]

For moments in the film where Silvestri's score was shortened (i.e. the final moments of "Einstein Disintegrated" and "Peabody Barn; Marty Ditches DeLorean"), replaced with source music ("Town Square") or unused ("Logo"), the full score cue is presented as originally recorded.

The themes from the score have since been included in the scores of the film's sequels, in Back to the Future: The Ride, and used as ambient music at Universal Studios theme parks.

Back to the Future Part II

Back to the Future Part II: Original Motion Picture Soundtrack is the film score to the 1989 film of the same name, the second installment in the Back to the Future trilogy. It was released under MCA Records on November 22, 1989, and features most of the film score by American composer Alan Silvestri.[22] AllMusic rated it four-and-a-half stars out of five.[23] Unlike the previous soundtrack, it only contains the musical score by Silvestri, none of the vocal songs featured throughout the film are included.

On October 12, 2015, Intrada Records reissued the soundtrack as a two-disc expanded edition, in commemoration of the first film's 30th anniversary. The soundtrack includes the complete score (22 tracks) on disc one and an arrangement of alternate cues and source music on disc two.[24]

All music is composed by Alan Silvestri.

Back to the Future Part III

On October 12, 2015, Varèse Sarabande reissued the soundtrack as a two-disc expanded edition, in commemoration of the film's 25th anniversary. The soundtrack includes the complete score (26 tracks) in chronological order on disc one, and an arrangement of alternate cues, source music and acoustic renditions of traditional folk songs on disc two.[28]

Songs in the film not included on the soundtrack album:[29]

The Back to the Future Trilogy

Whilst the tracks from Part III are from the original soundtrack, those for Part I, Part II and The Ride are re-recordings performed by John Debney and the Royal Scottish National Orchestra at the Glasgow City Halls.

All music is composed by Alan Silvestri.

Back to the Future: The Musical

Back to the Future: The Musical (Original Cast Recording) is the upcoming cast recording of the musical of the same name, with music and lyrics by Alan Silvestri and Glen Ballard. The cast recording of the West End production is set to be released by Sony's Masterworks Broadway imprint on November 26, 2021.[32][33]

The Back to the Future website originally announced on October 21, 2020 ("Back to the Future Day") that a cast recording of the West End production will be released in summer 2021.[34] The announcement was accompanied by the release of Olly Dobson's rendition of "Back in Time", which was originally featured in the first film.