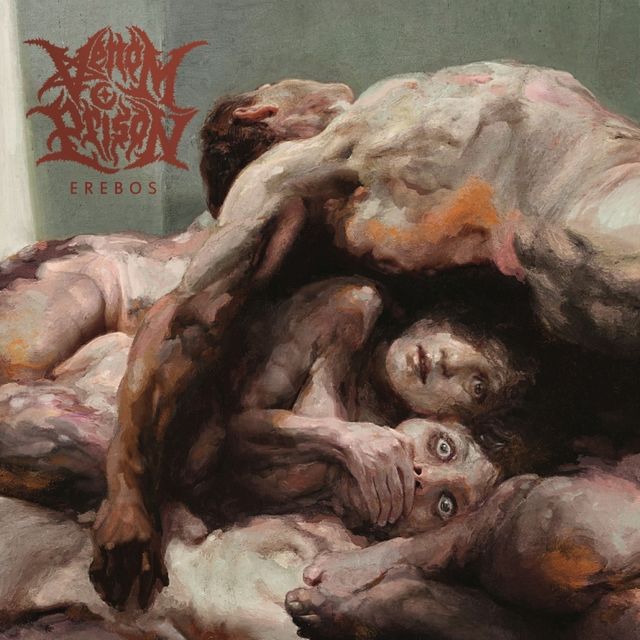 In 2015, former Wolf Down vocalist, Larissa Stupar (born in Russia), moved to Wales, where she met Ash Gray of Brutality Will Prevail, with whom she would begin writing music. They coined the name "Venom Prison" as it was "the most metal name they could imagine". The pair released the demo EP Defy the Tyrant in 2015, before recruiting Ben Thomas to play lead guitar and Joe Sheehy to play drums, along with bass guitarist Mike Jeffries. This line-up released the 2015 EP The Primal Chaos.[3]

The band released their debut studio album on 14 October 2016, entitled Animus.[4] The album was released to critical acclaim.[5]

On 7 July 2017, the band released a music video for "Perpetrator Emasculation" from Animus.[6]

The band were set to support Decapitated on their November 2017 European tour. Following the arrest of all four members of Decapitated's line-up for allegations of rape, Venom Prison cancelled their shows with the band.[7][8]

In August 2018, the band joined Dying Fetus, Toxic Holocaust and Goatwhore on their European tour.[9]

On 21 March 2019, the band announced a collaboration with American streetwear brand The Hundreds.[13]

On 10 December 2020, Venom Prison announced on social media that they had been signed to Century Media Records,[15] and the band had begun recording their next studio album.[16] The album, titled Erebos, was released on 4 February 2022.[17] Venom Prison performed on the Main Stage at Bloodstock 2021.[18]

The band are generally described as death metal,[3][19][20] featuring elements of hardcore punk[3][1] and grindcore.[4] In an article for Metal Hammer by Stephen Hill, they were described as "part-death metal/part-hardcore".[1] Their lyrics are generally based around political and social topics such as misogyny, rape culture, fascism, mental health and organised religion.[3][21][22] The members have cited influences including Carcass,[23][24] Napalm Death[25] and Metallica.[26] Frontwoman Larissa Stupar has described her past involvement in anti-fascist and animal rights activism as inspiring the political content of Venom Prison's music.[27]