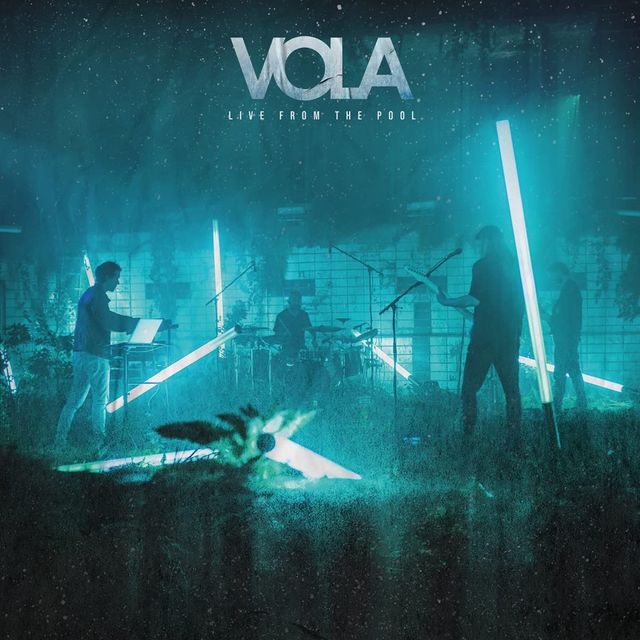 VOLA ¦ Live From The Pool

Veröffentlichung Live From The Pool:

Hörbeispiel(e) Live From The Pool:

Live From The Pool

Vola (stylized as VOLA) are a Danish progressive metal band formed in Copenhagen in 2006. Having gone through a number of lineup changes earlier in their career, the band currently consists of three Danes, Asger Mygind (vocals and guitars), Martin Werner (keyboards) and Nicolai Mogensen (bass guitars); and one Swede, Adam Janzi (drums).[1][2]

The band was formed by vocalist and guitarist Asger Mygind and some friends, and coalesced into a stable lineup in 2006. The band self-released their first EP, Homesick Machinery, in 2008,[1] which featured Mygind, guitarist Niels Dreijer, bassist Jeppe Bloch, Martin Werner on keyboards and Niklas Scherfig on drums.[3] A single, „Glasswork“, was also released on 22 March 2010.[4][5]

After the first EP, there were some lineup changes, with Bloch and Scherfig replaced by Nicolai Mogensen and Felix Ewert, respectively.[6][7] The new lineup recorded a second EP, Monsters, which was self-released by the band in 2011. This EP consists of four tracks characterised by a mix of progressive rock and djent styles,[8] the latter of which was produced thanks to the use of seven-string guitars.[6] The band went on a short five-date tour of their home country to promote the EP,[9] after which Dreijer left the band, leaving them as a four-piece, with Mygind taking over sole responsibility for vocals and guitars, and Mogensen handling backing vocals when they play live.[1]

On 2 February 2015, VOLA self-released their first album Inmazes.[10] A video was released for the first single, „Gutter Moon“ in August 2016, the band having previously released a lyric video for „Starburn“.[11] The album was later given a physical release on 16 September 2016 by Mascot Label Group.[12] According to Mygind the lyrical themes on Inmazes relate to entrapment:[6]

The album tries to capture this feeling of being trapped in mental mazes and not being able to fully experience happiness, basically. How is this struggle visualized in your own mind and how do your surroundings react to the behaviour caused by it.

On 2 June 2017, the band released their October Session EP, featuring new acoustic versions of two songs from Inmazes („Gutter Moon“ and „Stray the Skies“), with a video being produced for the latter.[13]

To promote Inmazes, the band embarked on a European tour for the first time, supporting Katatonia on their Fallen Hearts Over Europe tour, alongside the Icelandic band Agent Fresco.[14] Drummer Ewert was busy with other commitments and was therefore unable to take part in the tour, so the band hired Simen Sandnes from the band Arkentype as a temporary replacement.[15] It was subsequently announced on 22 August 2017 that Ewert had amicably left the band on a permanent basis, to focus on other projects. His replacement was revealed to be the Swedish drummer Adam Janzi,[16] who had previously played with The Drake Equation.[6]

VOLA’s second album, Applause of a Distant Crowd, was released on 12 October 2018, and was considered something of a departure from Inmazes, with less emphasis on the heaviness of the first album, and greater use of electronics,[17][18] a process defined as „natural“ by Asger Mygind:[19]

I was in a very different place mentally while writing the lyrics for Inmazes. I’m definitely in a happier place now.

It was actually a relief to be able to have a wider range of awareness for this record. I think our songs develop in the most natural way if I let my emotional response to the music dictate what the lyrics should be about rather than following any kind of plan.

This time the emotions were mostly tied to observations I’ve made about the outside world.

In anticipation of the album’s release, VOLA released videos between August and October 2018 for „Smartfriend“,[19] „Ghosts“[20] and „Alien Shivers“.[21] The band were special guests on Monuments‘ European tour during October and November 2018.[22]

On 11 January 2019, the band released a lyric video for „Whaler“ and were announced as the support act for Haken on their European tour throughout February and March.[23] At the end of May 2019 a video was released for „Ruby Pool“, the fourth track on the album.[24]

During September 2019, VOLA embarked on their first headlining tour, supported by Arch Echo and Rendezvous Point.[25]

During the second half of 2019, Mygind discussed the band’s plans to begin recording their third album in early 2020.[26] It is expected to be heavier than Applause of a Distant Crowd.[27]

On 21 August 2020, the band announced that they had finished recording their third album, which was in the process of being mixed.[28]

To promote Witness, the band performed a live-streamed concert from the swimming pool of the abandoned Auderød military camp in North Zealand, near Copenhagen, Denmark, on 11 September 2021.[33] This performance will serve as the band’s first live release, Live From The Pool, released on 1 April 2022.[34]

On their first album Inmazes, VOLA combined the typical sounds of progressive metal and electronic music, creating songs with odd time signatures, complex riffs and catchy and melodic choruses, with the cover banner drawing comparisons to Pink Floyd, Rammstein and Meshuggah.[35][36] As explained by Mygind, even the name of the band (which was chosen by previous bassist Jeppe Bloch) reflects their sound in that they „try to do [their] choruses very majestic and grandios [sic]“.[1]

With the release of their second album Applause of a Distant Crowd, the band expanded their musical palette to incorporate a more progressive rock sound and a greater use of electronics, with progressive metal essentially limited to the songs „Smartfriend“ and „Whaler“.[17][18][37] 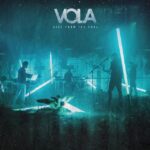